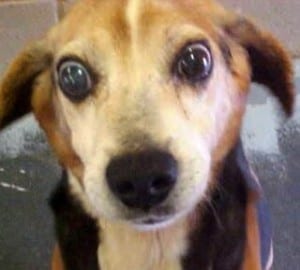 What the heck!?!?!? I just saw a video on The Lady’s computer. It shows a bunch of beautiful humans leaving school and driving to the beach in an orange van. They drink beer and run in the sand and swim in the ocean. Then they explode! Blood and guts and body parts are flying all over the place. Could this really happen? I do this all the time: leave a building, jump in a van, run on the beach, drink beer and chase The Lady. Am I going to explode? I’m paralyzed with fear now. And is it just beaches? I’ve been standing on this bathmat for hours now. Is it safe to go in the kitchen? My food is in there.

Relax. its just a story, not the news. The video you saw is very popular right now. In fact my human’s mother sent it to her with the note “SEE!?!? I TOLD YOU THIS COULD HAPPEN!” This appears to be a public service announcement, designed to keep kids from ditching prison by suggesting that bad luck is most potent between the hours 7am and 3pm. Personally, I would have produced video of a 40 year old trying to fill out an on line application for Pizza Hut.

Its more likely that this a very clever product-pitch. Millions of outraged viewers are providing gazillions of dollars in free marketing by sending it to everyone they know demanding that they be outraged with them. Its spreading faster than foot and mouth disease at a preschool. I only hope the “product” is the video production company and not actual land mines.

Either way, I can totally see why it frightened you. You are the companion of a young woman, you and I both know what disaster magnets they are. On screen they are always getting their faces eaten off or being fed to alligators or falling into wood chippers. Of course other humans are electrocuted or boiled as well, but the blood bath is always kicked off by a young woman who sassed her elders while showing a little cleavage.

It’s ok to go into the kitchen. And it’s even ok to get in a van and run on the beach. Those little stories on the Lady’s computer aren’t real, except for the ones showing how to lose 20 pounds by juicing your bacon. Those are totally real.

Do these pants make my butt look big? 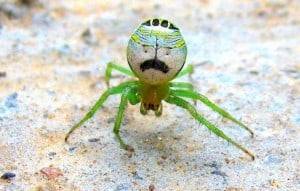 I may not be the best judge, since I usually eat spiders. But taking a cultural view, I’d say that the very notion of a “too big” butt is outdated. A survey of current popular music reveals an upward trend in appreciation for a little junk in the trunk. In fact, a modern reptilian philosopher recently declared that anacondas don’t want none unless you got buns, Hon. That’s deep.