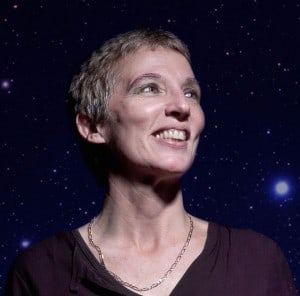 NASA’s Astrobiology Institute (NAI) announced that the SETI Institute has been selected as a new member of the NAI for a 5-year research program, “Changing Planetary Environments and the Fingerprints of Life.” Led by SETI’s planetary geologist and Senior Research Scientist Nathalie Cabrol, the team’s work will address key questions: How can we identify the signature of life not just here on Earth, but on Mars as well? How does a planet’s changing environment impact the evidence for life?

“I am absolutely thrilled that the SETI Institute is joining the NAI. In the next five years, along with our partner institutions, we will focus on decoding the fingerprints of life—the biosignatures—in extreme environments here on Earth to help us look for life on Mars,” said Cabrol.

“Our goal is to understand the survival of biosignatures from an early, wetter Mars to the harsh environment of the red planet today,” she added. “Understanding the role that the changing Martian environment has had on biosignatures will inform us on how to recognize these signatures, and how to explore them. We bring to this ambitious quest new exploration tools and, with NASA’s Mars 2020 on the horizon, the timing could not be more perfect.”

To model and test strategies for biosignature detection, Cabrol’s team will conduct fieldwork in extreme environments on Earth that are analogous to sites on Mars where water once flowed.

Fieldwork will be done at Yellowstone National Park, sites in California and Chile, Axel Heiberg 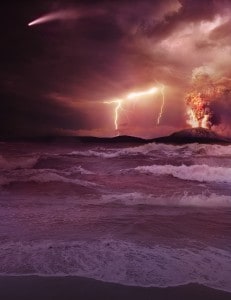 Island in the high Arctic, and Western Australia. Each site is an analog to Mars: volcanic and hydrothermal terrain, lake sediments, evaporates, and perennial cold springs. Sites will be explored from satellites, air, ground, and at the microscopic level in the field and laboratory.

Understanding how to integrate this multi-scale information will help scientists learn how to select the best sites for discovering biosignatures on Mars.

Over the next 5 years, more than twenty scientists will work together to help answer the question of where and how to search for the right rocks on Mars in order to discover the fingerprints of life—if it now exists or has ever existed—on the red planet.

“The intellectual scope of astrobiology is vast, from understanding how our planet went from lifeless to living, to understanding how life has adapted to Earth’s harshest environments, to exploring other worlds with the most advanced technologies to search for signs of life,” noted Mary Voytek, director, astrobiology program, NASA Headquarters.