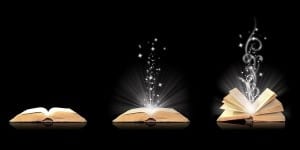 I just self-published my first book and I feel excited about it. It took me about a year in all to amass a collection of sufficient writing, edit and revise multiple times, and create a design that matched my artistic vision for the book. Finally, I uploaded my document to Amazon’s web application, CreateSpace, which makes and helps sell your books for you. Now that I’m done, I will enjoy the process of marketing and selling the book over the summer. I intend it to be a calling card for me, the way people in the entertainment business sometimes make a short film for the studios to notice and choose for bigger projects.

While continuing to write weekly (hopefully not weakly) for the column you are reading now, I intend to get cracking on the writing of my second book. There is a book gestating inside me – waiting to be birthed – on the subject of “Education.” I always thought I’d write someday, but never about a subject like education. Now, in my tenth year on the job, I’ve developed some perspectives I believe are worth sharing.

I’ve often had the experience of being in the minority opinion over the ten plus years of this career, from my first credential classes, to the present. I have found that I “think different,” to borrow Apple’s 1997 slogan. There have been times I’ve been in hot water for my views. I’ve had to wade through that boiling liquid until now, when the mode of education is coming around to my way of thinking and teaching. While I am riding the wave, I want to explain and perhaps even codify my beliefs.

A lover of numerical patterns, special numbers, my first book was 18 essays, divided into six chapters of three essays each, 90 pages long, and its list price is $18. Eighteen is a lucky number in Jewish culture; it means life. Seven is a lucky number of mine, too. I was born on the 7th, and there are seven elements to a fairy tale. Three is another poignant literary number, with three wishes, three supports in an argumentative essay, and of course three little pigs. The next book will be based on the number ten. I am big on the round number of “ten,” and this being my tenth year as a teacher, it is appropriate to write a book with ten chapters, featuring ten different areas where my natural instinct has led me down alternate paths from most people.

By way of mini-introduction, I will list my ten, sometimes radical themes as follows:

I hope to dedicate a whole book to these subjects, so I won’t devote too much space here to discussing them in depth. However, because I value your readership, I want to share with you a preview of what my book will entail.

Arts Integration: I believe ALL subjects from PE to Science to Math, not to mention the easy fit of Language and History, are better taught when the four domains of the arts are incorporated into the lesson planning. Those four domains are: music, theatre, dance and visual arts. And I don’t mean…”and have the students draw a picture”, I mean teach them four dance moves, have them create choreography out of the steps which connects to the lesson material.

Anti-bullying: The available programs are meant to cause deep discussion among a randomly chosen group of students. In reality, however, you start a discussion on, for example, the topic of “respect,” and all of the students will open up and talk about deep thoughts. NOT! Rather, a culture of “anti-bystanderism'” a phrase I coined myself (it keeps getting red underlines!) must be created in a larger community; I do it by teaching about The Holocaust.

Student leadership: I believe any student, pre-kindergarten age (4ish) and over, can lead, and can, quite literally, teach. Examples in my book will abound.

Intervention programs: I believe time must be carved out within a school day to help students who do not do or understand the work they are given to do. The intervention must consist of going back and DOING the work they did not do, for whatever reason. Others in the industry have absolutely come to this conclusion as well, but I have some slightly different solutions when it comes to “how” to do this.

Enrichment programs: I can write a whole book on the subject of enrichment alone. I’ve written before on this topic, and I will go into further depth in my upcoming book. The enrichment program I conceived of, and worked to put in place at my school, became the blueprint not only of a school-wide roll out, but a beacon for the whole district.

Reading: There are varying opinions about the handling of what, how and why students should read. There was a belief in schools that “students will become better readers if they are given the opportunity, within the school day, to read silently for twenty minutes.” When I came on the scene ten years ago, you could have heard a pin drop during this Sacred Soporific Reading (known as SSR, actually, Silent Sustained Reading) time at our school. It didn’t take me long to notice that the relatively small percentage of good readers did utilize and enjoy the time wisely. Most students, however, did not. Schools also like to dictate what a student “should” read, which to me, would be like serving “coffee” at Starbucks. I mean, even for the so-called “drip of the day” you get at least two or three choices!

Technology in the classroom: The first piece of technology I ever saw was an overhead projector in my 7th grade math class. I realized even then that it simply REPLACED writing the problems on the board. If you ask me, it was actually a downgrade, because it involved shutting the lights off in the room, and then as now, I fall asleep when pegged to a chair in a dark room for long periods of time. As I learned at a recent education technology conference I attended, technology should merely FIRST replace something we do manually, but is intended to eventually help us create new ways to do things altogether. Too many times, I see us just replacing, instead of innovating.

Curriculum and Content: I always say to my students, “don’t tell me about your bunny rabbit.” I dislike giving babyish content to my customers. I have had students who have witnessed the death of their parents, have parents in jail for unspeakable crimes, whose parents fled guerrilla war in El Salvador, and whose parents work with genocide victims in Africa. Many students have two moms, or two dads, or four or more parents. Some are homeless. When Jews say, “Now you are an adult” at a 13-year-old’s Bar or Bat Mitzvah, it is not outmoded because “people’s lifespan used to last to 40″ or whatever. I have taught all grades of students, and, I believe, psychologically, students will take in what they can, when they can, but we can’t hide stuff from them. Especially not in school, which is a microcosm of the rest of the world.

Evaluation: Also known as “grading,” Oy vey, I am so unique in my views about extra credit, allowing the use of A+’s on report cards, weighting grades, “finals,” points, rubrics, and the list goes on.

I just published a book and I STILL have so much to say. Where has writing been all my life? Yes, I’m into biblical and Shakespeare quotes too, and Ecclesiastes is so perfect here, “There is a time for everything, and a season for every activity under the heavens.” This is my season to write.