Almost as close to City Hall as possible without being in the building, the cheerful bar was filled with those who had walked precincts, written out budgets and placed lawn signs during the previous months, raising a glass and breathing a sigh of relief.

“I’m just delighted to be able to continue serving the city,” said Jim Clarke. “What pleases me most is that I’ll be on the council for the Centennial, and I have what I think are some pretty exciting ideas about that.”

At Jeff Cooper’s residence in Studio Estates, there was a crowd so dense that parking was a challenge, and the ordinarily quiet street was overflowing with friends and well-wishers.

“It feels great. I’m really, really happy that I get to keep on doing this, because it’s an honor to be on the council,” Cooper enthused. As he was speaking, Clarke came in and the two of them exchanged a high five and a bear hug. Their happiness at having finished the campaign with victory at the polls was effervescent.

Also in the scene was Christopher Patrick King, who had graciously come to 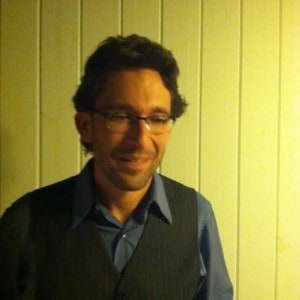 congratulate Cooper on his win.

“We made a great effort, but it wasn’t enough, and I’m sure I’ll be able to use a lot of what I’ve learned in the future.” King was clearly subdued by the loss, but accepted the kind words and support of those who congratulated him on a good run. Former Mayor Paul Jacobs and spouse Joy both commended King on his efforts, and reminded him that time was on his side. “For a first run, it was quite well done, ” Paul Jacobs offered, “and you can put all that wisdom into the next campaign.” 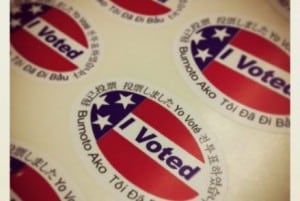 With both June and November elections already looming on the horizon, having the last of the local races over for a few years seemed as satisfying an end as an evening could want.