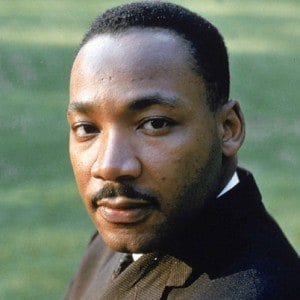 The danger if having a national holiday in one’s honor is that there is the risk of being turned into a greeting card; simple, palatable and undemanding.

Of all the radical philosophies to come out of the sixties, Dr. Martin Luther King Jr.’s embrace of non-violence is one that continues to offer political inspiration in an age of suicide bombers and extremist philosophies. While most of us know the “I have a dream” speech well enough to quote it spontaneously, King’s more radical speeches have unhappily been swept aside. The objections to the war in Vietnam, the comments outside the Santa Rita jail, the letter from the Birmingham jail, many other speeches and sermons have been left off of the official program for the Monday in January when we honor him. There is so much more to Dr. King, and keeping the greeting card image of “I have dream…” at the forefront does not serve either the memory or the mission.

I had a laugh with a friend the other day when we realized that we had both studied philosophy in school. “There’s a great career-killer,” he noted. I said, “Why isn’t it a career? I could just hang out a shingle and philosophize for an hourly rate.” That idea was so funny we had to give it up instantly. Who pays for philosophy?

While none of them would claim the title of “professional philosopher” it’s interesting to trace the line of philosophical descent from the 19th to the 20th century. Henry David Thoreau’s ideas of civil disobedience and non-violence inspired Mohandas K. Gandhi, whose successful campaign to change a nation inspired Dr. King to organize people to work for civil rights.

To be a minister is, in one way, to be a professional philosopher. Simply giving a sermon once a week requires thinking, reading, writing and speaking. Even if you are just commenting on a book, the New Testament, the Torah or the Upanishads, any minister can tell you that it’s a job. And there’s a lot more to the job than giving a sermon once a week. What Dr. King took on was the political work of religion, the realization of these ideals in daily life. For him to help to change the laws of our country so that people could participate in their own government was a religious task. When you give people access to the ideas that can create change, you give them freedom.

Any philosopher can tell you, there are no new ideas. It’s just that some of the good ones have fallen into disuse, and we need to be reminded that they are still there for us. We all pay for our own philosophy, but if it does not serve the common good, then we end up paying the price for a culture of competing and conflicting beliefs.

When you consider the legacy of Dr. Martin Luther King, don’t stop with “I have a dream…” Read the letter from the Birmingham Jail. Seek out the speeches and the sermons. While having a national holiday is a gift to remind us all to remember the man and his work, it can also inspire us to remember that the work is far from complete.