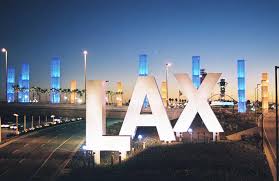 The Los Angeles County Airport Land Use Commission on Wednesday denied a challenge from Culver City, Ontario and San Bernardino County regarding a Los Angeles International Airport plan to move a single runway 260 feet closer to homes and businesses in Westchester, according to the Daily Breeze.

Had the commission voted the other way, it could have stalled — at least temporarily — the controversial runway project approved in April by the Los Angeles City Council.

At first, the commission’s staff had recommended that the members rule in favor of the three agencies, on the basis that airport operator Los Angeles World Airports had not properly consulted other civic leaders before moving forward with plans to change the runway configuration. But the recommendation changed just before the meeting, officials said.

“Based on last-minute correspondence from LAWA, which arrived late yesterday, staff changed the recommendation from uphold to deny and the commission went with that recommendation,” said the author of the staff report, Mark Child, in an email. “This allows LAWA to move ahead.”

The five-member commission voted 3-2 to turn down what is called an impasse appeal, Child said. Each member represents one of the five Supervisor Districts in Los Angeles County.

The Land Use Commission’s mission is to ensure that airports communicate properly with other entities on its land use procedures. That way, cities ­— especially ones close to the airport like Culver City — may update their own land use policies to comply with decisions made by the airport.

In this case, Culver City, Ontario and San Bernardino County argued that the airport and the city of Los Angeles may have moved too quickly and too independently to narrow the number of acceptable options for LAX’s upcoming modernization plans to one. But airport officials said their decision was only preliminary and underscored that it may still evolve.

In addition to the runway change, which airport officials say is vital to promoting safety, plans calls for an automated people mover to shuttle passengers between terminals and a consolidated rental car facility. The other plans are less controversial.

The initial staff report called for commissioners to uphold the impasse appeal and ask Los Angeles World Airports to better communicate why it had chosen 260 feet as the proper distance to move a runway. Other plans called for moving the runway by as little 100 feet, but those plans were quickly ruled out by the city and airport operator.

Though the commission denied the appeal, Child said the members separately asked LAWA to maintain better communication with nearby municipalities.

“There was also a recommendation added under a separate action by the commission that asked LAWA to maintain open dialogue with other agencies, including the appellants,” he said.

The airport still must go through a rigorous environmental review for each project, and it likely will be at least two years, and probably more, before any construction begins.