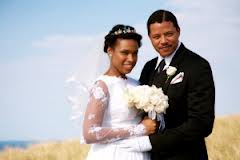 Join Black Talkies on Parade for an afternoon celebrating African American home movies. Films that once were used amongst families as keepsakes of special occasions are now gateways to the past. Watch early films shot by a Baptist minister in the 1920’s featuring black cowboys, parades, and social gatherings. See how families captured their vacation in the 1960’s complete with cat eyeglasses, classic cars, and a trip to the 1964 World’s Fair in Flushing, New York. The show will end with dazzling footage from entertainer Marie Dickerson Coker, who lived in Hawaii in the 1940’s before and after the Pearl Harbor bombing. Coker lived and performed in Hawaii with her husband, jazz trombonist Henry Coker, and her home movies capture their wedding reception, the tropical Hawaiian landscape, their jazz musician friends, the stationed and visiting military, and Hawaiian locals. Along with watching films, learn about what you can do to take care of your own home movies. After the films, stick around for a discussion and share some of your own memories.