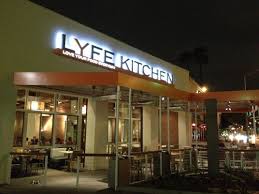 If you have seen the garden of freshly planted Cwiss chard and rosemary downtown on Culver Boulevard, you know that our new LYFE kitchen is not just another great place to eat in downtown Culver City. Not only do they have a green thumb, but open hands as well. They have already become a Culver City Education Foundation sponsor, so the price of the feast adds into our wonderful schools.

LYFE Kitchen is now a sponsor for Culver City Education Foundation’s 2013 Tribute to the Stars gala fundraising event. LYFE Kitchen didn’t just open a restaurant in downtown Culver City- they jumped right into becoming a part of the community. Their generous gift of $2,000 to CCEF is an early example of that commitment.

Planting a garden and looking to the stars? You are already our kind of neighbor.