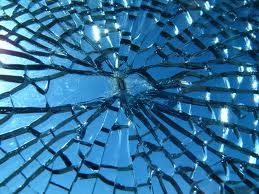 From the CCPD- this week’s crime blotter

Car Burglary:
On May 24, 2011 at 12:30 pm, an employee of a business located in the 6100 block of Slauson Avenue called to report a vehicle had been burglarized. The reporting party said the vehicle a 2011 Chevrolet was parked and secured on May 17, 2011 and when they returned on the 24th discovered the vehicle had been broken into.
Residential Burglary:
On May 24, 2011 at 3:11 pm, officers responded to the 12500 block of Washington Place regarding a burglary investigation. The officers met with the victim who them the following; he said his brother left the resident at 11:00 am and secured the location. His son returned at 2:30 pm, and discovered a rear window screen was cut and the sliding door open. The victim said his personal property was missing.

Vandalism:
On May 26, 2011 at 9:28 am, officers responded to the 5500 block of Sepulveda regarding a vandalism investigation. The officers met with the manager of the business who told them the following; he secured the business on May 24th at 6:00 pm and he returned on May 25th at 9:20 am. As he was entered the business he noticed a window was shattered.

Car Burglary:
On May 26, 2011 at 7:30 pm, a victim of a car burglary called the department to report the incident. The victim said she parked and locked her 2004 Chevrolet in the 6100 block of Buckingham Parkway on May 24, 2011 at 2:23 pm. She returned on May 26th and discovered her vehicle had been broken into and her property missing.

Petty Theft:
On May 26, 2011 at 7:50 pm, a loss prevention agent called to report a petty theft occurred in the 6000 block of Sepulveda Boulevard. The loss prevention agent said a female suspect entered the business and removed several items without paying for them. The suspect was described as a female black, 25-30 years of age, medium build, wearing blue jeans and a green top.

Commercial Burglary:
On May 27, 2011 at 8:25 am, officers responded to the 12000 block of Washington Boulevard regarding a burglary investigation. The officers met with the victim who told them the following; he and an employee secured the business at 6:00 pm on the 26th. He returned the next morning at 7:25 am and noticed the front doors glass had been shattered. He entered the location and discovered the cash register was pried open and the content was missing.

Editor’s Note – For those wanting to read my own personal crime blotter, it will be posted later today.

From the desk of the always astute Lt. Ron Izuka of the Culver City Police- It’s the Blotter! Car Burglary: On March 23, 2011 at 7:30 pm, a victim of a car burglary called the …[READ MORE]