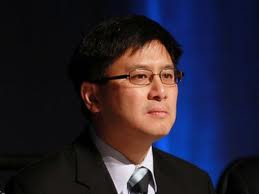 The Culver City Chamber of Commerce’s June Luncheon is planned for Friday, June 10 with State Controller John Chiang as the guest speaker.

As the State’s chief fiscal officer, Chiang has fought to make the State’s finances more transparent and accountable to the public, and to weed out waste, fraud and abuse of public funds.

The Culver City Chamber of Commerce March Luncheon is planned for Thursday, March 3 with State Treasurer Bill Lockyer as the guest speaker. Join us at the Radisson Hotel, 6161 Centinela Ave. at noon. Bill …[READ MORE]

Join the Culver City Chamber of Commerce for our Holiday Mixer on Wednesday, December 8 to network with fellow Chamber members and meet new perspectives at Room&Board, a 36,000 sq. ft showroom in the Helms …[READ MORE]

The Chamber of Commerce April Luncheon is planned for Friday, April 1st with California Secretary of State Debra Bowen as the guest speaker.  Join us at the Courtyard by Marriott, 6333 Bristol Pkwy at non. …[READ MORE]