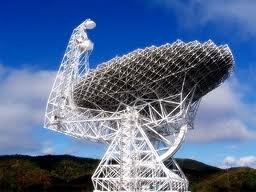 Now that NASA’s Kepler space telescope has identified 1,235 possible planets around stars in our galaxy, astronomers at the University of California, Berkeley, are aiming a radio telescope at the 86 most Earth-like of these worlds to see if they can detect signals from an advanced civilization.

This new UC Berkeley search began on May 8, when the Robert C. Byrd Telescope at Green Bank, West Virginia—the largest steerable radio telescope in the world—dedicated an hour to eight stars with possible planets. Once the UC Berkeley astronomers acquire 24 hours of data on a total of 86 Earth-like planets, they’ll initiate a coarse analysis and then, in about two months, ask an estimated 1 million [email protected] (seti.berkeley.edu/) users to conduct a more detailed analysis on their home computers.

“It’s not absolutely certain that all of these stars have habitable planetary systems, but they’re very good places to look for ET,” said UC Berkeley graduate student Andrew Siemion.

“We’ve picked out the planets with nice temperatures—between zero and 100 degrees Celsius—because they are a lot more likely to harbor life,” said physicist Dan Werthimer, chief scientist for [email protected] and a veteran SETI researcher.

“With Arecibo, we focus on stars like our Sun, hoping that they have planets around them that emit intelligent signals,” Werthimer said. “But we’ve never had a list of planets like this before.”

The Green Bank radio dish in rural West Virginia was needed for the new search because the Arecibo dish cannot view the area of the northern sky on which Kepler focuses.

The 86 stars were chosen from the 1,235 candidate planetary systems—called Kepler Objects of Interest, or KOIs—with the help of Kepler team member Geoffrey Marcy, professor of astronomy at UC Berkeley. UC Berkeley’s targets include the 54 KOIs identified by the Kepler team as being in the habitable temperature range and with sizes ranging from Earth-size to larger than Jupiter; 10 KOIs not on the Kepler team’s habitable list but with orbits less than three times Earth’s orbit and orbital periods greater than 50 days; and all systems with four or more possible planets.

A coarse analysis of the data by Werthimer and his team will be followed by a more thorough analysis by [email protected] volunteers. The complete analysis for intelligent signals could take a year, Werthimer said.

“If you extrapolate from the Kepler data, there could be 50 billion planets in the galaxy,” he added. “It’s really exciting to be able to look at this first batch of Earth-like planets.”

SETI (Search for Extraterrestrial Intelligence) is a scientific area whose goal is to detect intelligent life outside Earth. One approach, known as radio SETI, uses radio telescopes to listen for narrow-bandwidth radio signals from space. Such signals are not known to occur naturally, so a detection would provide evidence of extraterrestrial technology.

Previous radio SETI projects have used special-purpose supercomputers, located at the telescope, to do the bulk of the needed data analysis. In 1999, the approach known as [email protected] was launched, replacing supercomputers with a “virtual supercomputer” consisting of a very large number of Internet-connected computers in the homes of volunteer participants.

Astronomy from an Airplane? A New Way of Looking Up Can you imagine a telescope the size of Mount Wilson Observatory’s 100-inch, doing astronomy from a Boeing 747 jetliner? It happened on May 26, when …[READ MORE]