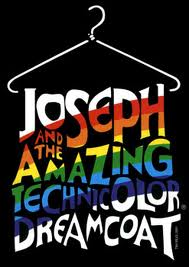 More than 55 Culver City middle schoolers will light up the stage and dance and sing their way into our hearts when the Culver City Middle School (CCMS) Musical Theatre (a program of Panther Partners) presents “Joseph and the Amazing Technicolor Dreamcoat” at 7 p.m. on Saturday, May 21 and 2 p.m. on Sunday, May 22 at the Robert Frost Auditorium. With its whimsical blending of numerous musical styles, and its universal themes of sibling rivalry, family, dreams for a better future and redemption, the Andrew Lloyd Weber – Tim Rice musical offers a great family show suitable for all ages, and especially resonates with middle and high school students.

The success of last spring’s inaugural production, “Darn Yankees”, has increased both awareness of and participation in the Musical Theatre program. “We’re thrilled to be bringing the theatre experience to even more students in our second year at CCMS, from 38 last year to over 60 this year!” said Diane Feldman, the director of the show and the Theatre program. “Musical theatre is about so much more than just judging talent and producing a great show. It’s about building a creative and collaborative community that strengthens self-esteem and provides positive academic, artistic, social and emotional experiences for these middle schoolers at a key transitional time in their lives. Among our goals is to open doors for exploration and help these students develop social skills, team building, problem solving, confidence in public speaking, and communication skills overall.”

In addition to the public shows on May 21 and 22, a special performance of “Joseph” will be done for CCMS students as an assembly on Monday, May 23. Tickets are available for purchase on-line via PayPal at www.ccmsmusicaltheatre.com. For ticket information, please call 310-391-1827. For more information about the production, please contact Diana Kunce at [email protected] or via telephone at 310-849-3909.

KEY PERSONNEL
Starting a theatre program from the ground up at CCMS and bringing it to fruition is the result of the selfless and dedicated work of a team of true professionals.

Director, Diane Feldman. The director, musical director and co-producer, Diane Feldman, is no novice to musical theatre as she has been creating musical theatre productions for students for 25 years in and around Culver City. This well-seasoned professional has been the driving force behind creating a terrific training program, as well as bringing the organizational muscle and fortitude necessary to develop such an ambitious project. Diane Feldman is the Founder/Artistic and Musical Director of CCLO™ (Children’s Civic Light Opera), the longest established, most-comprehensive youth theatre company in Los Angeles.

Producer, Diana Kunce. A parent volunteer, co-producer and set designer, Diana has worked alongside Feldman for years at Westwood Charter School’s musical theatre program. When Kunce’s daughter transferred to CCMS, Diane brought along with her ideas and vision and a sustained and tireless effort to launch and sustain a program at CCMS along with Feldman. A professional production designer by trade, Diana volunteers almost full time to steer this production. Diana feels that this program has been an essential part of community building and growth for what she says is an amazingly talented, dynamic and hard working team of students.

Choreographer, Courtney Bradshaw. Courtney has worked professionally as a Choreographer for over 12 years and created the Musical Theater Production Workshop at Farragut Elementary School in Culver City. She leads the ensemble in the large dance and singing production numbers as well as working with groups of cast members on their dance sequences.

Panther Partners President, Bonnie Wacker: “When Diana Kunce approached me to start a theatre program at CCMS I thought, ‘How are we going to raise the money?’ And, ‘Wow that’s a lot of work.’” “But, through her sheer determination and the great support from Principal Jon Pearson and Assistant Principal Rick Barclay, it’s all coming together. The process of creating a theatre production is much more involved and demanding than I ever thought. I’m learning right along with the students, and I’m thrilled to be part of the non-profit organization behind its beginning. We encourage and accept any donations to the program.”

Through theatre training and the production/performance of a musical theatre production each year, the Musical Theatre Program builds a creative and collaborative community of middle school children (this year over 60 students). The Musical Theatre program strengthens self-esteem and provides positive academic, artistic, social and emotional experiences for these children through research, reflection, investigation, and discovery using theatrical engagement. The program also opens doors for exploration and assists students in this transitional time by helping them develop social skills, team building and collaboration, problem solving, confidence in public speaking, and communication skills overall.

ABOUT THE CCMS MUSICAL THEATRE PROGRAM
The Musical Theatre Program is a program of Panther Partners, a 501(c)(3) non-profit corporation that raises funds for and develops and delivers a variety of after-school enrichment classes for the students of Culver City Middle School, in conjunction with the CCMS administration and the Culver City Unified School District. The CCMS musical theatre program enjoys the active support of and coordination with the Middle School administration and members of the Culver City School Board.

The National Youth Arts organization has announced it has given top honors to the Culver City Middle School performance of “Darn Yankees,” including several honors given to individual actors. Each year, the organization receives more …[READ MORE]

On October 20th, the Culver City Public Works Department was notified of an award of a $447,480 State Safe Routes to School competitive grant for Linwood Howe Elementary School. This grant, which will be matched …[READ MORE]