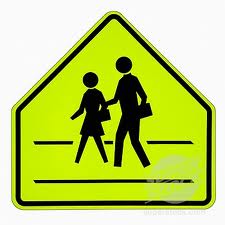 The Mike Balkman Council Chamber was packed on Tuesday April 26. Every seat in the house filled, the overflow sat in rows all the way around the room. Teachers wearing red t-shirts with the legend “Who’s Next?” were gathered with students, parents, and almost every other interested party that could fit into the chamber. Anticipating an evening of positions being eliminated, the crowd was a collection of edgy eyes and tight lips.

In an acknowledged moment of irony, a proclamation for Teacher Appreciation Week was read by board member Karlo Silbiger “Our teachers should be respected and recognized…Culver City is proud of it’s teachers, and considers them to be the soul of the educational system.”

More than 50 teachers came forward, all in red shorts, to fill the well in the front of the chamber for a photo op, and applause filled the room.

There were citizenship awards, a presentation from Linwood E. Howe Principal Amy Anderson about the progress being made at that elementary school, and lots of teachers and district employees waiting to speak.

There were comments about the idea of moving some language immersion classes to another campus, and reports from the student representatives about what was going at the schools, and lots of people in red shirts waiting to speak.

When the moment arrived, they spoke. More than 35 of the employees present came forward to address the proposed staff cuts, the teachers already in the pipeline to be laid off, the impact that these budget cuts would have on the students and the vast amount of work needing to be done to keep the district running.

Coach Jerry Chabola, (who even found it is his heart to give the wining and losing stats on the afternoon’s sports, reminding us that we are, in fact, winners) put the last position most graciously. “Human beings need to work together. What’s important here is finding a way to keep everyone under any circumstances.”

When teacher’s union leader Dave Mielke spoke, he offered “When we look at these cuts lists, what we read are the positions, but what we see are the people.”

When anyone in a red shirt was at the podium, everyone in the room wearing a red shirt stood as well, making a strong statement about unity. But unity faced disharmony when the review of who had bargained for what and when came from the school board.
Board member Patricia Seiver noted that there were “no villains here. We all want the same thing. We want our children to get the best education, and we don’t want to cut anyone. But cuts will have to be made.”
When board member Kathy Paspalis spoke, she turned the calendar back to the previous year, and reminded the unions that there had been an offer on the table in July of 2010 in regard to furloughs and cuts that was never bargained, and that the board had made offers that the union leaders had not addressed.

Classified Employees Union President Debbie Hamme countered that the offer had been withdrawn, and that the unions were operating in good faith.

The fact that having the teachers take nine furlough days, instead of the current agreement of five,  would save all of the jobs on the cut list was confirmed by Ali Delawalla, the district financial officer. The oft repeated theme that the pain had to be shared seemed to resonate in that one fact. Nine furlough days would equal no cuts.

The 10 p.m. deadline for the free use of city hall left Board President Scott Zeidman the perfect out. Now that everyone had been heard from, the voting could be postponed a week to another meeting.

With the strength of the teachers union evident in their participation, and the power of the classified union equally strong, the end of the meeting really came as kind of intermission. The school board has the power to cut what it seems fit to cut, but the door to further negotiations seemed to open a bit wider.

Arriving early next week could give you a front row seat to the next round of budget woes, position cuts and hours eliminated, or a scene of further reconciliation, abuse abjured, and a better resolution for living through the recession.

At the June 28 meeting of the CCUSD School Board, almost all the teacher and classified layoff notices were rescinded, bringing back the majority of the teachers and staff that had been “pink-slipped” on March …[READ MORE]

It’s Official – Myrna is Moving On…

In a  letter to the Culver City School Board Members dated June 2, Superintendent of Schools Dr. Myrna Rivera Coté formally tendered her resignation. She wrote “This letter is being sent to inform you that …[READ MORE]

CCUSD Finances – Qualified for the Future?

The Los Angeles Times recently identified CCUSD as one of 160 school systems that have a “qualified” financial outlook, which the Times defined as “at risk although probably not in danger of immediate bankruptcy.” According …[READ MORE]