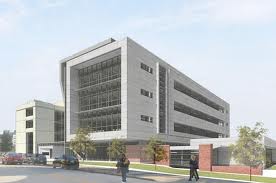 “Even if you decide not to vote for me,” Los Angeles Community College Board of Trustees candidate Eric Aguirre pleaded, “just don’t vote for any of the incumbents. It’s really time for a change.” At the Vets Auditorium on Monday Feb. 28, the candidates for the Los Angeles Community College District had a few hours to address the audience of about 50 who came to listen. While Aguirre made his remark, the one incumbent on the panel, Mona Field, simply looked away. The event, sponsored by the Culver Crest Homeowners Association, gave the people running for office on March 8 the chance to answer some questions, state their platforms, and ask for support. Moderated by Ron Ostrin, the questions taken from the audience told of a long history of problems with the board, and a deep sense of distrust.

The excellent series of investigations published by the Los Angeles Times have led many people- not just those living next to the college – to question the integrity of the current board of trustees. To read more about the reform slate running against the incumbents, go to LATimes.com and decide how you want to vote. If you do not have time to read the whole series of articles, Times columnist Steve Lopez very thoughtfully did the “Cliff’s Notes” approach in his column on Sunday, March 6.

While the community college district encompasses nine campuses, from Wilmington to the Santa Clarita, at the candidates forum, Culver City had just one college in mind; West Los Angeles Community College. The ongoing issue of neighbors asking for respect and getting none was the focal point of the evening. Every one of the candidates, except incumbent Mona Field, cited the fraud and waste of the construction program as a major problem to be addressed by the incoming board.

Culver City Crossroads is happy to endorse these candidates, and encourages you to help change the landscape.

So, right now, find your ballot, check your polling places, and make your decision. It is expected that few people will turn out to vote, and so your vote counts for a lot. Don’t reward billions in waste with voter apathy. The status quo needs to end.

VIDEO: “Get Out the Parental Vote” Candidates Forum

…And the Winner is Still Cooper

Even after adding more than 400 more votes in to the totals, Jeff Cooper was still the winner of the City Council election, with a complete vote total of 2486. “Thanks to the county for …[READ MORE]

Lockyer Addresses Culver Chamber – “The Debate is Over ”

At the Culver City Chamber of Commerce luncheon on Thursday March 3, the Radisson Hotel was a backdrop for a almost a hundred chamber members who came to hear California State Treasurer Bill Lockyer speak. …[READ MORE]