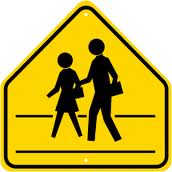 In a special meeting of the CCUSD School Board on Friday, Feb. 18 at 10 a.m., two important votes were taken. First, on a 5 to 0 vote, the item was passed to reconsider the dismissal of Sheila Silver, the popular drama teacher whose firing has inspired student protests and parent meetings.

In a second vote, on a 3 to 2 split, the firing was rescinded, and Ms. Silver now has her job back.

Steve Gourley, Kathy Paspalis and Karlo Silbiger all voted to restore Silver to her position, and Pat Siever and Scott Zeidman voted no.

Paspalis noted ” It was a difficult decision for me, as I have every respect for (CCHS Principal) Magee, but I felt I had to vote for Silver to keep her post.”

Check with Crossroads for updates.

Going to School? Here’s What You Need…

Last year Culver City High School witnessed the first student in their history to leave a female in the summer and return, in transition, as a male the following fall. One month later, the student, …[READ MORE]