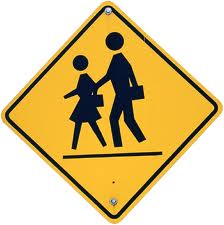 When Darryl Hanks came to the podium to address the school board on the matter of changing the contract for the Interim Superintendent Patti Jaffe to qualify as a candidate, he was pleasant, but blunt. “I’m one of the people who just don’t understand why this is even an issue.” Hanks went on to comment on how sure he was that she was the ideal candidate for the position, and spoke about his personal connections with Ms. Jaffe as one of her former students. He was only the third speaker out of almost 20, but everyone who spoke addressed at least one, and often all three of those points.

Among the many others who spoke, Council member Scott Malsin came to speak as the father of a Farragut student and noted, “One word you have heard everyone mentioning is leadership, and that is what we all feel that Patti offers us.”

High School English Department Chair Kelly Nolan said, “I have worked for 23 years in 5 different districts, and I have never seen a district hire someone from within the school system, even thought that seems the way to go .Patti knows everyone, and she knows Culver City. You couldn’t have someone better.” Her comments, like most, were followed by wild applause from the crowded room. Supporters were many and boisterous.

Objections were few, but they were just as heartfelt. When George Laase spoke, he stated that real harm was being done “by receiving this kind of blatant favoritism, by changing the rules so close to the end of the game.” He offered that he would like to see Jaffe in the job, “ but not like this. It may be legal, but is it right?”

A written statement from Classified Employees Union Leader Debbie Hamme was far stronger in the tone of objection. Read by Board Member Pat Siever, Hamme was quoted “I am concerned that this has become a three ring circus, and all that’s missing is the cotton candy…I’m frustrated that a contract was signed, and we now find ourselves back where we started. Changing the contract at this point makes a mockery of the entire process.” She stated that the money that the district spent on the candidate search, ($25,000) could be considered squandered.
When the moment came for the school board members to comment and come to a vote, Board Member Karlo Silbiger made a statement that reconsidering the contract would damage the reputation of the district. When he deferred to make the motion until others had spoken, Board Member Steve Gourley moved like a chess master to make the motion and bring it to a vote, where it was quickly defeated.

When Kathy Paspalis spoke it was to rebuke Hamme’s comments. “For those who said the money we spent on the search was a waste, I need to state that it’s our fiduciary duty to find out who is out there who can lead the district. We needed to do that.”

Pat Siever was adamant that changing the contract was simply wrong. “When you have a process and we’ve all agreed up on it, and suddenly it changes, it’s a shock.” She made reference to the infamous book, The Prince by Niccolo Machivelli, and noted that it was not the way that educators should make decisions. “I don’t think you teach your children that the end justifies the means.”

Board President Scott Zeidman was equally adamant about putting the interests of the students, and the community above any unspoken protocol, and called for the vote.

Gourley, Paspalis, and Zeidman all voted yes, Silbiger voted no, and after several false starts, Siever opted to abstain.

Patti Jaffe, who had listened to almost an hour of accolades from her teachers, her former students and many members of the community, smiled graciously, nodded, and got right back to work.

The Culver City School Board met on Tuesday Feb. 23 at 7 p.m., and the room at Linwood E. Howe was filled with anxious faces. The planned cuts had been announced on the previous Friday …[READ MORE]

It’s Official – Myrna is Moving On…

In a  letter to the Culver City School Board Members dated June 2, Superintendent of Schools Dr. Myrna Rivera Coté formally tendered her resignation. She wrote “This letter is being sent to inform you that …[READ MORE]

Be There Early to Stand Up 4 Schools

Thursday, March 4 is the day that schools all over the state of California will be protesting the budget cuts from Sacramento. Beginning at 7:30 a.m. at every school on the Culver City School District,  …[READ MORE]