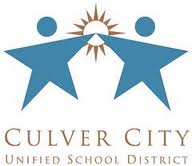 When Patti Jaffe was chosen last year to be the Interim Superintendent, the contract included the language, “The parties agree and acknowledge that the Interim Superintendent not eligible for the position of “New” or “Full-Time” Superintendent.” Several people who turned up at the last school board meeting on Tues. Jan. 25 came to ask the board to change that. Lise Friedman, Tom Kim and Janet Chabola all came to the podium to speak to the matter, to express their support for Jaffe to take the job on a permanent basis, each getting wild applause from those attending.

School Board President Scott Zeidman jumped in to ride the tide by pointing out that the contract also had a stipulation stating that “The parties may, at any time, and by mutual written agreement, amend and/or extend the terms of this agreement.”  The board voted to agendize the item for the upcoming meeting on Feb. 8.

While school superintendents are not voted on in general elections, nor are they subject to employment by acclaim, Jaffe could probably get either hypothetical victory. While the board is looking at other candidates, Feb. 8 will certainly put Jaffe formally on the list.

School Board Member Steve Gourley addressed the matter by asking “Who is here to support Patti Jaffe, raise your hand ?” When most of the hands in the room went up, he asked “Who would like to raise both hands ?” and the number instantly doubled.

On a 3-1-1 Vote, Jaffe is Now a Candidate for School Superintendent

When Darryl Hanks came to the podium to address the school board on the matter of changing the contract for the Interim Superintendent Patti Jaffe to qualify as a candidate, he was pleasant, but blunt. …[READ MORE]

School Board – Rumors Raise a Tide of Yellow

The Culver City School Board meeting on May 3 was at the Linwood E. Howe auditorium, and the color of the evening was yellow. After the tremendous crowd of red shirts at the previous week’s …[READ MORE]

School Board – Red Shirts and Redress

The Mike Balkman Council Chamber was packed on Tuesday April 26. Every seat in the house filled, the overflow sat in rows all the way around the room. Teachers wearing red t-shirts with the legend …[READ MORE]