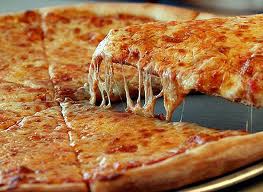 “ I wasn’t feeling well in the first half. I felt down, man. I had three slices of pizza before the game and the food took me down.”
Leroy Loggins, basketball player with the Brisbane Bullets,
after the 1986 semi final.

Even though eating according to body cues is the key to attaining a natural and healthy weight, there are times you may want to tell your cravings, “later.” Suppose your body craves a double cheeseburger the hour before you do intense exercise. While there is nothing wrong with eating a double cheeseburger, you may want to choose another option so that you won’t have to stop training due to nausea or stomach cramping.

During intense athletic training, your body will be required to meet the muscular and cardiovascular demands placed on it. Your stomach needs to be able to keep in its contents, while your body needs ample energy and muscle control. Intense exercise redirects blood used to help digest food towards your muscles. If there is food in your stomach, this shift can cause nausea and stomach cramping which can impede your ability to train. Most fitness enthusiasts don’t have to worry about sports nutrition because they don’t deplete their glycogen stores during moderate exercise and they easily replace those stores before they exercise next. If you are more than an enthusiast, which means that you train more than an hour a day or twice a day, you need to pay attention to sports nutrition so that you perform optimally.

As an athlete, two areas to pay attention to are what you eat before you exercise and what you eat after you exercise. Unfortunately, there is not a magic formula for a pre-exercise meal. What you “should” eat before exercise really depends upon your tolerance. According to Nancy Clark, the author of “The Sports Nutrition Guidebook”, the pre-exercise meal serves four main functions: to prevent hypoglycemia, settle your stomach, fuel your muscles (particularly if food is eaten well enough in advance) and lastly, to pacify your mind.

If you eat too much, too close to training, you could be nauseas. If you eat too little, you could be needlessly fatigued. Because all stomachs respond differently to exercise, you need to experiment with various food combinations to see how much time your body needs between food and training. Write down what you eat, and when, so that you can document your stomach’s ability to tolerate food. It is probable that you will need to give your body at least three hours to digest a moderate-sized meal prior to intense training.

Even though eating several hours before exercise can provide your body with needed fuel, one of the best ways to make sure that you have enough energy for training, is to refuel your muscles right after exercise. The glucose from the food that you eat right after training gets stored in your muscles as fuel for the next time that you exercise. A study published in the Journal of Applied Physiology on “Muscle Glycogen Synthesis after Exercise” showed that the group that ate immediately after exercise was able to replace their glycogen stores one-hundred percent more than the group that delayed eating. This means that you want to take advantage of the two-hour window after exercise where your body can replace glycogen easily or you are bound to have less energy than you could have the next time you train.

Thankfully, there is a magic formula for post-training meals. “Eat _ gram of carbohydrate per pound of body weight within the first two hours, and again between hours two and four.” So, if you weigh one hundred and fifty pounds, you will need to eat at least three hundred calories of carbohydrates (seventy-five grams), which can be found in a bagel and a cup of orange juice within two hours after you train and another seventy-five grams of carbohydrates between hours two and four, post exercise.

Rebekah Hennes is a dietitian who has taught intuitive eating to people with unnatural eating habits since 1998. She is in private practice in Culver City. Rebekah is the author of several books on eating disorders and intuitive eating. She was a contributor to the “Eating Disorder Sourcebook”, 3rd Edition, and a reviewer of the American Dietetic Association position paper on Eating Disorders. Rebekah pioneered the Intuitive Food Program at the Center for Change in 1999.

Got a question about food and health? Send it to Crossroads, and we will be happy to help. You can reach Rebekah at [email protected].