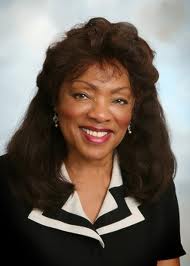 School Board member Patricia Siever was hospitalized at UCLA/Santa Monica Hospital on Monday Jan. 31 for atrial fibrullation. DEscribed as the most common abnormal heart rhythm, it involves the two upper chambers  of the heart. Its name comes from the fibrillating (i.e., quivering) of the heart muscles of the atria, instead of a coordinated contraction. It can often be identified by observing that the heartbeats do not occur at regular intervals. She was treated and released on Feb. 1, and is now resting at home.

“I was having dinner with my daughter,” Siever explained in a telephone conversation with Crossroads, “and suddenly my heart was beating so fast, it was just really frightening.” The doctor that treated her suggested that stress was quite possibly the cause for the symptom. “I am the kind of person who believes in working hard, ” Siever explained “and I know I have been putting a lot of effort in on a number of projects, and the strain just caught up with me, that’s all. ”

She offered that she was not going to be missing any work, but she was looking into creating healthier habits and better stress control.