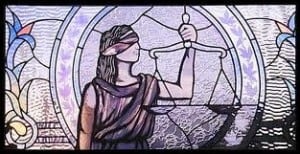 During the past few months, the Special Victims Unit had received several complaints regarding a sex registrant and repeat offender, Richard Gibbons a 56 year old resident of Culver City. Based upon the complaints detectives initiated an investigation on Gibbons. During the course of the investigation, he was observed on several occasions viewing pornography on public library computers in the City of Los Angeles. He was also observed committing other acts in violation of his probation based upon his PC 290 status as a sex registrant.

Based upon the violations detectives obtained an arrest warrant for Gibbons. Detectives also served a search warrant at his residence. Gibbons was arrested without incident.

Crime Blotter for May 31st to June 6th. Residential Burglary: On May 31, 2011 at 7:55 officers responded to the 10600 block of Youngworth Road regarding a burglary investigation. The officers met with the victim …[READ MORE]

From Lt. Ron Izuka of the Culver City Police Department- The Blotter: Street Robbery: On May 10 at 3:35 pm, officers responded to the area of Jackson Avenue and Farragut Avenue regarding a robbery investigation. …[READ MORE]