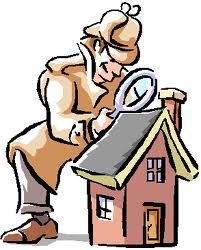 Kentwood Players announces auditions for “The Farndale Avenue Housing Estate Townswomen’s Guild Dramatic Society Murder Mystery” a hilarious farce that spoofs the whodunit genre by David McGillivray and Walter Zerlin Jr., on Saturday, November 6th from 11:00 AM to 3:00 PM, Sunday, November 7th from 6:00 PM to 9:00 PM at the Westchester Playhouse, located at 8301 Hindry Avenue in Westchester (LA 90045). If needed, callbacks will be held on Monday, November 8th.

The production will be directed by Scott Martin and produced by Lori A. Marple-Pereslete and Linda Reinhardt. Performances will be from January 14 to February 19, 2011 on Fridays and Saturdays at 8pm and Sundays at 2pm at the Westchester Playhouse.

The plot involves the overly-ambitious and talent-challenged middle-aged ladies of a working class British village who present their hysterical community theatre production of an original Agatha Christie-type whodunit called “Murder at Checkmate Manor.” As is typical for these dingbat divas, everything that can go wrong, does. From forgotten lines and missed cues to lost props and broken furniture to multiple costume changes and lighting and sound effects that all could have used more rehearsal time, the ladies valiantly insist on entertaining you against your will and guarantee to bring down the house — or at least a substantial part of the set.

There will be cold reading from the script with sides available in the lobby at the auditions. No advance appointments necessary, and those who audition need to wear loose comfortable clothing and shoes – no dresses, skirts or heels. Auditions will include some easy physical stunts. There will be a flexible rehearsal schedule TBD to accommodate November/December holidays.

* Mrs. Phoebe Reece: age 50+; author-director-star of tonight’s play, and president and grand dame of the F.A.H.E.T.G.D.S.
* Thelma Greenwood: age 40’s; the company’s perennial ingénue and Phoebe’s bitter rival in all things on and off the stage
* Audrey: age 40’s; near-sighted stalwart supporting player who yearns to play lead roles
* Felicity: age 30’s; lives for the “thea-ta” and overplays every role with the same amateurish wooden ineptitude
* Gordon Pugh: age open; shy mild-mannered male stage manager for the company who must suddenly take over the lead role

The director recommends that women who need inspiration view video of Dame Edna, Julia Child (or Meryl Streep AS Julia Child), Prunella Scales as Sybil Fawlty (“Fawlty Towers”), anything with Judi Dench, Helen Mirren, Emma Thompson, Maggie Smith or any other A-list British actress being funny, or any of the Monty Python guys in drag.

For more information about Kentwood Players including our current productions, upcoming auditions, and our Kentwood Kids Children’s Theatre Classes, please visit the Kentwood Players website at www.kentwoodplayers.org. And you can also sign up and be a Kentwood Players friend on Facebook and My Space.

To meet the “Farndale Avenue… Murder Mystery” production team and learn more about Kentwood Players and what goes on at the Westchester Playhouse, the public is invited to attend our general membership meetings, which are free and held on the third Wednesday of each month at 8pm at the Westchester Playhouse located two blocks west of the San Diego Freeway and two blocks north of Manchester at 8301 Hindry Avenue in Westchester, CA 90045.

Join Kentwood Players as they delve into the famously haunting story “Dracula” as dramatized by Hamilton Deane and John L. Baldeston, based on the novel by Bram Stoker, from September 10 to October 16 on …[READ MORE]