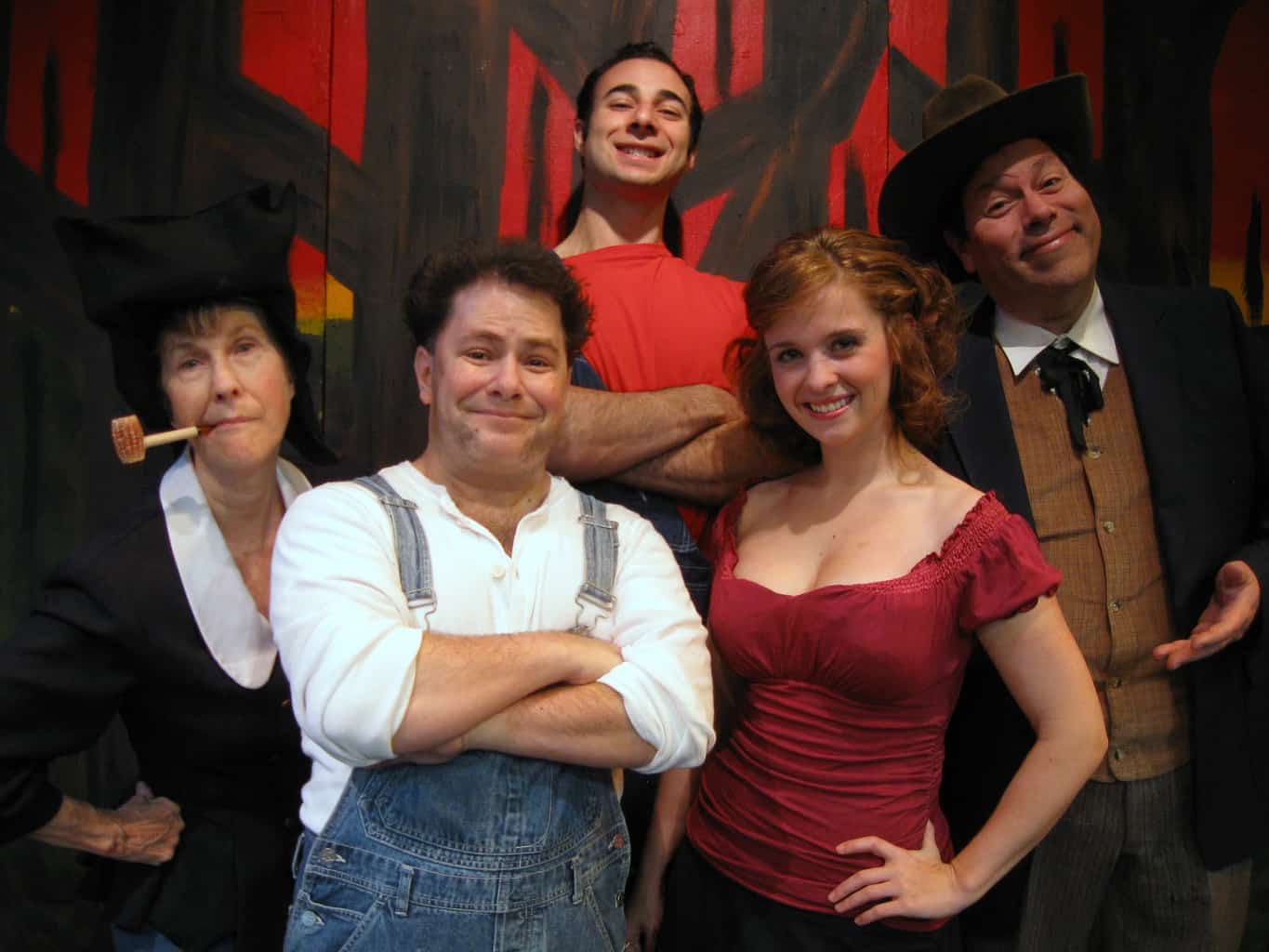 Kentwood Players continues its 60th Anniversary Season with the musical “Li’l Abner” from Friday, March 12 through Saturday, April 17 on Fridays and Saturdays at 8 p.m. and Sundays at 2 p.m. at the Westchester Playhouse located at 8301 Hindry Avenue in Westchester. With book by Norman Panama and Melvin Frank, the musical is based on characters created by Al Capp, with lyrics by Johnny Mercer and music by Gene de Paul. With this year being the Johnny Mercer Centennial, now is the perfect time to enjoy this great production, directed and choreographed by Victoria Miller, produced by Susan Goldman Weisbarth, with Dave Boyer as the musical director.

Using the fictional backwoods hamlet of “Dogpatch, USA,” Al Capp offered humorous political and social commentary of the day in his comic strip “Li’l Abner” that ran nationwide from 1934 to 1977. The Tony-award winning musical “Li’l Abner” opened on Broadway on November 15, 1956 and ran for 693 performances with original direction and choreography by Michael Kidd. In 1959, Paramount released a film based on the stage musical with some of the original Broadway cast including Stubby Kaye, Julie Newmar and Peter Palmer.

The musical still remains applicable to today’s political and social scenes. The story centers around Dogpatch’s Sadie Hawkins Day Race, the annual opportunity for Daisy Mae to once again attempt to snag Li’l Abner as a husband. But the race gets interrupted by Washington D.C. bureaucrats who announce that Dogpatch has been determined to be the most unnecessary town in the USA, and thus has been selected as the site for testing the atomic bomb. Told they can only avoid evacuation and annihilation by demonstrating that the town has some redeeming value, Mammy Yokum throws her secret Yokumberry tonic into the mix and the madCapp ride takes off!

Please join us at the Westchester Playhouse, home of the Kentwood Players, for our next meeting to learn more about our upcoming season of shows. You’ll have the opportunity to meet and get involved with our very professional and talented group of producers, directors, actors and designers as we celebrate 60 years of presenting great entertainment. Our meetings are free to the public and are held on the third Wednesday of every month at 8:00 p.m. Westchester Playhouse is located two blocks west of the San Diego Freeway and two blocks north of Manchester at 8301 Hindry Avenue in Westchester, CA 90045.
View Larger Map

Join Kentwood Players as they delve into the famously haunting story “Dracula” as dramatized by Hamilton Deane and John L. Baldeston, based on the novel by Bram Stoker, from September 10 to October 16 on …[READ MORE]

Six Degrees of Separation at Kentwood

Kentwood to Open the New Year with “Farndale…”

“The Farndale Avenue Housing Estate Townswomen’s Guild Dramatic Society Murder Mystery” will be the first production of 2011 at the Kentwood Playhouse.  A hilarious farce that spoofs the detective thriller genre, the show runs from …[READ MORE]