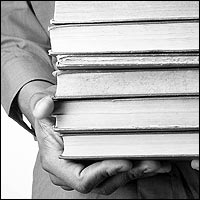 A coalition of advocacy groups representing thousands of parents and low-income students in California sued the state on Monday claiming that California is failing in its legal obligation to adequately and equitably fund its public schools, according to Gerry Shih at the Bay Citizen.

The lawsuit, filed at the Alameda County Courthouse marks the second time in the past two months that California groups have sought to claw back billions of dollars in state funding through a legal challenge. Should CCUSD join in the suit to pressure California to provide school funding?

In May, a group of students, school districts and educators, including Carlos Garcia, the San Francisco schools superintendent, filed a similar lawsuit against the state, which has cut roughly $17 billion in public school funding over the past two years amid unprecedented fiscal difficulty. That lawsuit, Robles-Wong v. California, was also filed in Alameda County, and both teams of lawyers say they hope that a single judge will rule on the two cases in tandem.

“Education is a fundamental right under the California Constitution,” the lawsuit reads. But the state “is failing to provide all children with an equal opportunity to obtain a meaningful education. It is failing to appropriately and adequately fund the public school system. And it is failing to prepare children to meaningfully participate in our democracy, succeed economically, or live in our diverse society,” the suit claims.

Pondering the possibility of joining the lawsuit, CCUSD Interim Superintendent Patricia Jaffe was interested and cautious. “I will be talking with the school board about the suit, and we’ll see what they want to do. It’s up to them to decide if it would be something we want to get involved with. There may not be any tangible benefit.” Considering the professional make up of the school board, (three lawyers and two teachers)  Jaffe added,  “They’ll be able to weigh in with some insight.”

There is national precedent for the tactic. Advocacy groups in other states, including New York, have had considerable success forcing their legislatures to spend billions more on education by suing: roughly 70 percent of such “adequacy lawsuits” have succeeded, according to a national association of state legislatures.

“This is largely focused on money, but it gets into using the money effectively and explicitly, particularly around teacher quality,” said John Affeldt, the managing attorney of Public Advocates. “It’s not just about throwing money at the system.”

“All of this stuff is going to be political,” Affeldt acknowledged. But, he added, “everyone thinks having educational access for our kids is a good thing, that having more data and transparency is a good thing.”

In the end, Affeldt said, he did not think the relatively prescriptive elements of his coalition’s “grassroots” lawsuit would clash with the parallel, more neutrally framed Robles-Wong suit.

“As I see it, the school board associations and administrators’ associations and the PTA and our grassroots groups are very closely aligned in the sort of arguments we’re making,” he said. “I think there’s a pretty powerful combination between the two lawsuits.”

Californians for Quality Education did not respond to a request for comments.

A technology grant has been awarded to Culver City Education Foundation (CCEF) for the amount of $27,946 to purchase Epson Brightlink Interactive Projectors, and Learner Response Systems (clickers). One complete set will be given to …[READ MORE]