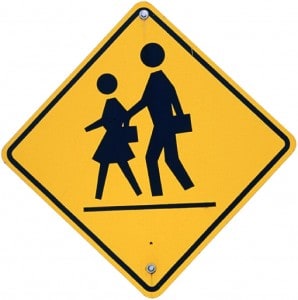 The Culver City School Board met on Tuesday Feb. 23 at 7 p.m., and the room at Linwood E. Howe was filled with anxious faces. The planned cuts had been announced on the previous Friday evening, and those whose heads seemed to be on the chopping block were there to try and make a case for the importance of their positions. Along with the district employees were union representatives, friends and family, and the tension in the auditorium was almost tangible.

After calling the meeting to order, and taking care of a few minor bits of business,  School Board President Steve Gourley got to the focus of the evening. He asked for a show of hands for those in the audience who were there to address specific agenda items on cuts.

“Raise your hand if you are here to speak on agenda item…” and Gourley offered a dozen items, one at a time, cutting clerks, perks and classes.  As hands went up all over the room , it was a confirmation of what the board already knew; people were here to plead against the cuts. When Gourley offered the floor to board member Scott Zeidman asking if he would make a motion to approve, Zeidman responded by saying “I have no interest in approving any of these delineated cuts, ” and the room burst into applause.

Gourley addressed the meeting, saying “These cuts may have to be made, but we don’t want to make them now. We need a real budget that gives everyone the chance to work, and gives the students what they need.” Turning the proposed budget back to the administration, the need for “more choices, more options, and a better way to maintain student services, ” would be a budget that he would be willing to support.

“We will have to balance the budget one way or the other” said board member Patricia Siever, “and we will have to work together.”

Karlo Silbiger offered “I have had a lot of phone calls and emails, offering other  combinations and ways to move things around, so I know there are solutions we have not yet considered.”

“My focus is to preserve K-12 education. We need more help from this talented community to bring it’s solid ideas for savings and new revenue sources to the board, and then stick around to help implement them.” said board member Kathy Paspalis.

Gourley said “We hope that you got our message,  we certainly got yours.”

As the speaker cards were called, many graciously refused – “I’ll email”  –  “Not tonight,”  “No, I’m good-” and the thick stack of cards was whittled down to a few.

If other ways to balance the budget cannot be found, it was stated that there would be  “March 15 letters”  meaning a dismissal notification for teachers and aides for the following school year. Classified employees are entitled to a 45 day notice before termination.

Gourley continued “Working together with everyone, these cuts won’t have to be made by the end of the year, but all the unions have to work together or ugly cuts will have to be made.”

Having taken much of the K-12 issues off the cut list for the moment, focus turned to the Adult School, which is supported by the same general fund.

Superintendent Myrna Rivera Cote noted “Adult school funding is the same money we spend on our K-12 program, but  65% of the students at the school are non-Culver City residents. We need to do this in a different way.”

The option was brought forward that Adult School could become a fee based program, and a possible source of revenue, as a way to keep the classes alive rather than end them.

While several high school students came forward to ask about funding for their particular sports, assurance was offered by Jerry Chabola that the stipend money would be distributed with an even hand, and so item 5 on the budget list passed with 5 ayes.

Approve was given to items 11 and 18, to eliminate one clerk typist position at the high school, and replace it with a registar.

Items 7 and 8 were decided to be brought  back in two weeks, to consider guidence and library staff.

How to do the school district website less expensively was also discussed, with every member of the board being dissatisfied with the current agreement.

Debbie Hamme, president of the Association of Classified Employees, Culver City said the she was willing to keep working wiht the process in hope that there will be fewer losses.  “The unions are being asked to come back  to the table, and we will, but  we want an assurance that jobs will be saved. We are in the porcess of working with the district. We realized that California is in a bad situation right now, and CCUSD is no different. We are willing to work and see where we can agree.”

With $2, 508,200 having been trimmed from the budget at the Feb. 9 meeting, the amount of change needed to keep the district within it’s financial parameters is tremendous.While the budget still needs to be balanced, but the board has made it clear that they have no desire to cut jobs, and lose services that the students need.  What will be on the cut list for the next meeting is yet to be seen.

Every once in a while, there is a word that jumps into the foreground. For the last several weeks, “bullying” has been part of everyone’s vocabulary. While the CCUSD Anti-Bullying Task Force has taken steps …[READ MORE]