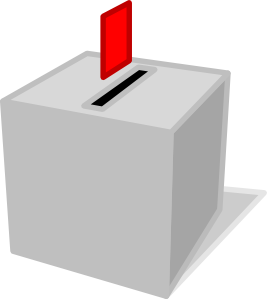 The Culver City Chamber Board endorsed Scott Malsin and Jeff Cooper for City Council in the April 13 election. The board heard presentations from all four candidates separately in an organized manner with all four answering the same questions. Eighteen of the twenty-nine members were in attendance at the forum that lasted nearly two hours.

It was apparent that Malsin and Cooper understand city government. It is important to the Culver City Chamber that council members have a broad understanding of the community so their decision-making is made in the context of what is best for Culver City.

A councilmember is elected to make a city work better, and to build on the history of the community. “The re-election of Scott Malsin and the election of Jeff Cooper is very important to the future fiscal success of Culver City,” stated Jeff Haas, Chair of the Board. “ Malsin and Cooper showed the Chamber Board the knowledge of municipal government that we feel are necessary to lead Culver City forward in these ‘whitewater’ economic times.” Haas further stated.

“We urge all Culver City voters to support Malsin and Cooper for election to the city council,” stated Haas.

If you have been paying attention to the machinations of the City Council during the past two years, you already have an opinion about Scott Malsin. While “love” and “hate” seem to be very strong …[READ MORE]

As the city council campaign comes down to the last few days, candidate Jeff Cooper sat down with Culver City Crossroads at Green Peas for coffee and some questions. After the earliest campaign kick-off in …[READ MORE]

The Culver City Chamber of Commerce Board of Directors urges a “Yes” vote on Propositions 13, 14, 15 and opposes Proposition 16. They have no position on Proposition 17. When asked why the chamber took …[READ MORE]