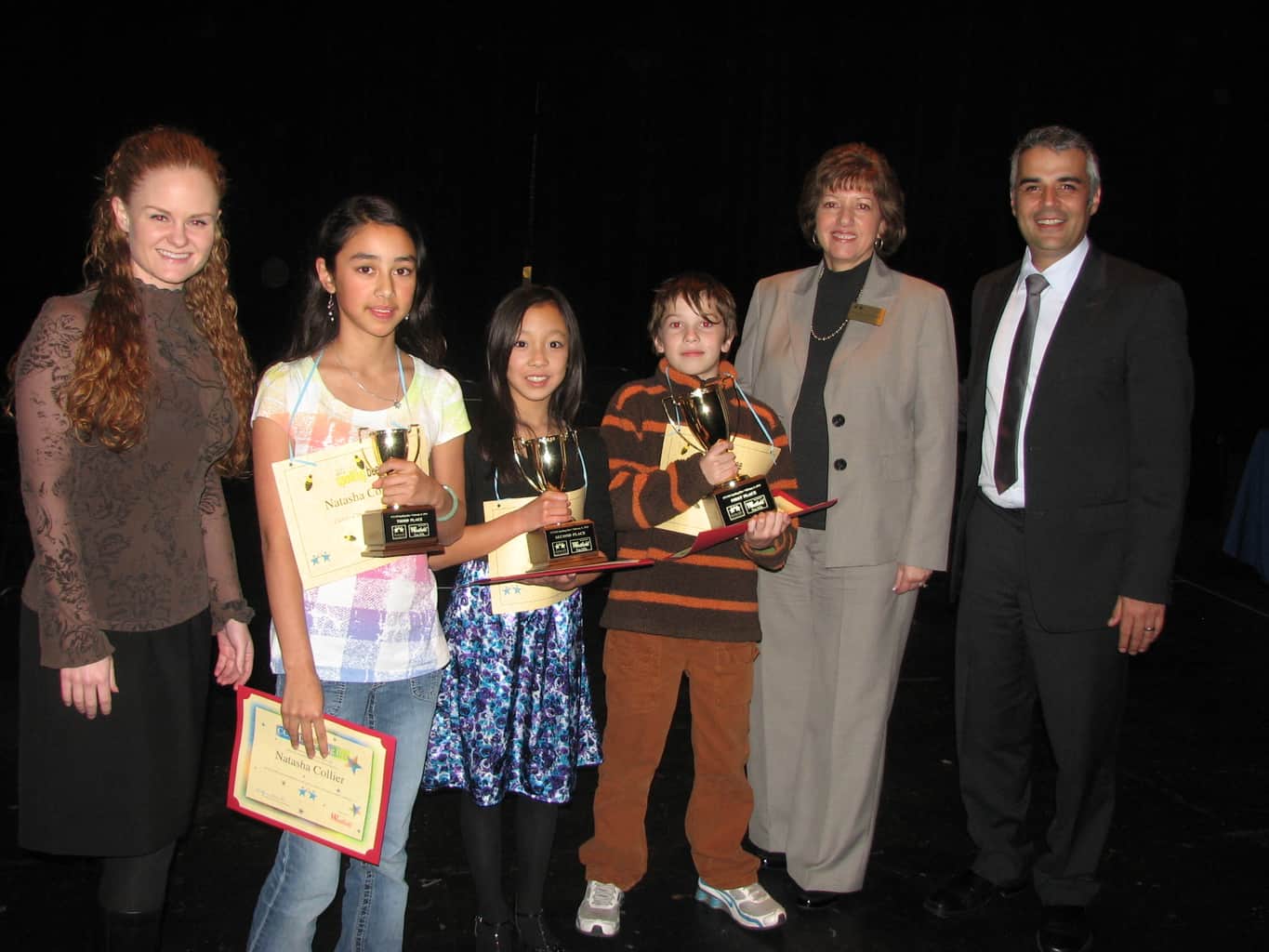 “I’ve come to the District Bee in the years before, so I knew what to expect,” said Johnson, 10. “I’ve really been practicing since third-grade, but once I knew I was going to be in the District Bee, I only practiced two or three times.”

Todd Johnson, Simon’s father, said the younger Johnson gets his spelling genes from his mother’s side of the family.

“I like to say that I passed on my spelling genes completely unused,” he said. “He and his mother have kept a list of the crazy words they come across in the newspaper or on NPR. Every time they see one, they look it up and write it down.”

In fact, Johnson’s mother, Susan Collins, helped her son study even though she was trapped in blizzard conditions back east.

“She was caught in the snow in Baltimore, but she called in and quizzed him over the phone,” Todd Johnson said.

The strategy obviously worked. Johnson took home a first-place trophy and a $250 savings bond courtesy of Westfield Fox Hills, which sponsored the event. He will advance to the Los Angeles County Spelling Bee, which will be held at 4 p.m. on March 19 at Almansor Court, 700 S. Almansor St., in Alhambra. The winner of that competition will advance to the statewide spelling bee in Sonoma in May.

In addition, each participant received a certificate of commendation signed by the District’s superintendent congratulating him or her on reaching the Spelling Bee finals.

The CCUSD Spelling Bee will be broadcast on local television, Channel 35, at 7 p.m. on Friday, Feb. 19 and will be webcast on the city’s website – www.culvercity.org – at the same time.

Spelling Bee Will Have 24 Students Buzzing

Get ready to dust off those dictionaries because 24 of the best and brightest students in the Culver City Unified School District are getting ready to S-P-E-L-L their way to the top! On Feb. 8, …[READ MORE]