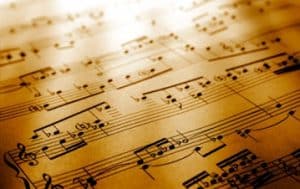 Music in the Chambers, sponsored by the National Association of Composers, will return to City Hall this Saturday April 15 at 7 pm.

The April 15, 2017 concert was inspired by the Culver City Redevelopment Agency’s Music in the Chambers series, which occurred from 2003 to 2012. Dr. Deon Nielsen Price was featured, along with other local composers and performers, for Music in the Chambers concerts in 2003 and 2004, The April 15 concert is, in part, a reconstruction of those concerts with the addition of new string quartets, film music from the 1930s, and Price’s “Serenade in the Chambers” and Tableaux for String Quartet and Clarinet based on Culver City history with scene titles: “La Ballona,” “Alabados y Fiestas,” “’Keep ‘em laughing’ (Hal Roach)”, “Sister Cities,” and “Enterprising Harry Culver.”

This performance is made possible in part by the City of Culver City and its Culver City Performing Arts Grant Program with support from Sony Pictures Entertainment. Additional support is by Sorrento Italian Market, John Riordan Plumbing, Culver Crest Publications and other local businesses.

Free admission. Reservations required. Telephone: (323) 536-2123. Or email [email protected] There is free parking in the parking garage below Culver City City Hall. The concert will be streamed live at