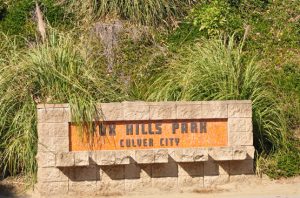 The HSH Management Company, the new owners, did reach out to the FHNA and wanted to set up a “focus group” meeting to be comprised of around 10 people from the community to obtain input as to what they would like for the property. D. Wallace and J. Sherman met with the new property owner from HSH and their architect on March 15th to plan this meeting.

Community Room
Some retail
A few hundred housing units
Approximately one parking space per unit to discourage car use (He was informed by FHNA that the people would then just park on the streets with their extra cars and that we have been working for a long time with the Traffic Engineer to increase parking for our present residents)
Possible zip cars and shuttles
(The new owner also stated that CVS and Marshall’s “were not doing well”, which surprised us. On a follow-up by D. Wallace with CVS, she was told that in fact CVS is very busy.)
D. Wallace and J. Sherman outlined the impact of developments surrounding our area to include:
Altitude Apartments ( off Howard Hughes Pkway)- 545 units
Milcreek ( off Howard Hughes Pkway) 375 units
Sheraton Planned Extended stay- 163 units
Doubletree Hotel- 4 story office building plan
The new owners were also informed that Fox Hills has the most density of housing in Culver City with 26 complexes/over 2800 housing units..
There is a plan to remove traffic lanes in both directions between Bristol and Buckingham on GVC, which would yield more parking, add bike lanes and calm traffic. Calming traffic is needed because Fox Hills is being used as a short cut to get to Centinela and Slauson. Gabe mentioned that if the new developer felt that the lanes we have now would be needed, removal of the lanes would be reversed as well. Possible Result: voiding of FHNA work with Traffic Engineer to gain parking for the neighborhood.
According to Elaine Gerety-Warner of the Culver City Economic Development Department, talks are continuing with the property owners for this project, which is between GVC and Hannum on Bristol. She promised to get back with us with any progress.

Compiled by J. Sherman with FHNA Board