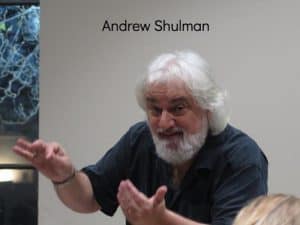 Culver City Symphony Orchestra is pleased to announce Andrew Shulman as Principal Guest Conductor. In the history of the orchestra, Shulman is the first to hold this position.

Due to Conductor Fetta’s demands as a conductor with other orchestras, and the work he does in the other musical positions he holds, there were times when he could not conduct the orchestra, and Shulman was called in as guest conductor.

Andrew Shulman, the first British musician to win the ‘Piatigorsky Artist Award’, held in Boston, USA, comes from London, England. He has performed extensively throughout Western and Eastern Europe, Scandinavia, North and South America, Asia, The Far East and Australasia.

Shulman established a quick rapport with the orchestra through his rehearsals and concerts, and we look forward to working with him in the future.

Andrew Shulman is a very active musician in Los Angeles, and internationally, as a cellist and conductor as seen in his bio-above.