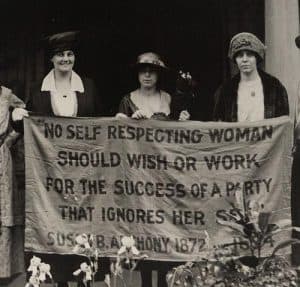 While I feel that, intellectually, I should have known better, I’m really still in shock. A democracy has voted the alt-Reich into power. It seems there are far more people than I thought there even could be who are totally comfortable with rape, mocking the disabled, racism, anti-Semitism and homophobia. These things do not trouble them at all.

When I wrote the editorial “Loss of Privilege Feels Like Oppression,” I began with a parking issue, and brought it out to the national election, and Black History Month, and opened the focus.

I was appalled that the only comments were all about the parking. I confided to a friend that this was a failed essay; I had not made my point. She didn’t see it that way. She noted that what my readers responded to was only what affected them. They have no place in their lives for theory. They are not interested in Black History Month. Because they have that privilege. They can only think in terms of parking spaces.

Everywhere I look, I see the same thing.

My church has had a long, bumpy ride with a minister we hired several years ago. During her tenure, the church has split into factions. She has recently agreed to resign, but won’t be leaving until June. This leaves us with a very long ‘lame duck’ session, during which the congregation will continue to fragment. The pro-Reverend and anti-Reverend factions are almost unable to communicate. Sound familiar?

Why am I surprised over the election when I already saw this in the parking issue, in the church congregation dividing?

What I see most clearly in Clinton’s loss of the election, in the aftermath, is that our cultural hatred of women is so intense we can’t even talk about it. Almost every “circle the wagons” reaction to the election I’ve read talks about the anti immigrant stance, the homophobia. No one is talking about rape. No one is talking about how women are still not citizens, still not people. I’m astonished by women who voted Republican, and then, I’m not because they are just doing what their fathers and husbands taught them to do. Maintain the status quo, and keep power male. Support the party, even thought the party does not support you.

So, while I’m still recovering from the disappointment that my country isn’t even close to being as egalitarian as it is on paper, I know the answer isn’t to move to Canada. It’s to open more dialogue. Cross the aisle, reach out to the people classified as “them.”  The only way we are going to change is by talking to each other – connecting to the people we find it most difficult to connect with.

I’m turned back to a story I told in another editorial, when it was pointed out to me that I wasn’t listening. During an intense discussion.  I insisted that I was listening but I was told, no, you are sitting there with your answer all packed, waiting for me to stop talking so you can insert your pre-prepared answer. What was just said did not enter your consideration. I realized it was true. And we went back and began again, really listening.