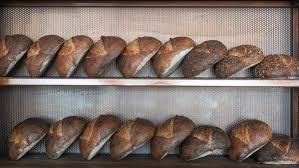 Lodge Bread Co has been a massive success for the rather sleepy western section of Culver City, offering amazing house-baked breads and other daily specials on Washington Boulevard. That success has meant that their plans are going to get bigger, as owners Alex Phaneuf and Or Amsalam will take over the next door space. The idea is to do pizzas (which they already do on Sunday evenings) and wood-fired snacks, plus beer and wine on a regular basis.

They’re projected to debut the expanded space by December 2016, if all goes according to plan. The team has already acquired a nifty Rosito Bisani wood-fired oven, which chef-friend Michael Fiorelli of Love & Salt recommended to them.

As for Lodge Bread’s original space? It will stay in business until the latest possible time, when it’ll need to close for a few days at most to allow for the two spaces to come together. Of course, regulars will get plenty of notice beforehand so they can stock up on loaves of that spectacular bread.