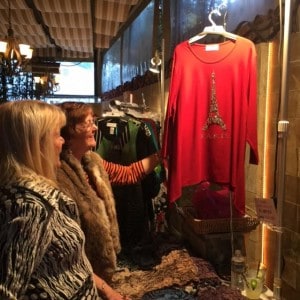 It was a pretty quiet evening Thursday March 10, 2016, unless you were part of the Culver City Women’s Club Fashion Show and Fundraiser at Casa Sanchez. A room full of clothes, jewelry and women having fun with philanthropy got very boisterous.

The event was dedicated to raising money for both the CCHS Scholarship Fund, represented by Margaret Fujisawa, and the YMCA Summer Camp Scholarship, represented by Chelsey Kinnon and Shaune Gatlin. Former YMCA Board President Mike Snell was on hand as well, with his charming spouse Lisa, and the women of the club had everyone involved in the fun. 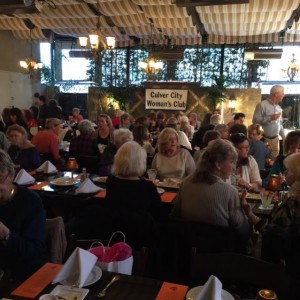 Casa Sanchez provide their wonderful appetizers and drinks, and the clothing of Planet Chic Imports was a big hit as the women of the club modeled for the crowd, and sales were brisk.

A silent auction and lots of door prizes were assurance that almost no one left empty handed, and the hum of friends conversing held the room in a breezy buzz, keeping the ‘fun’ in fundraising,