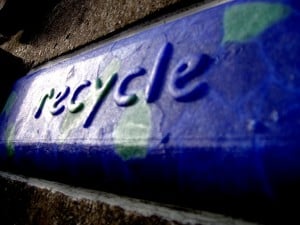 On the day I finally collected all my recycling in boxes and bags and took it to the recycle station behind the Ralph’s at Raintree, I learned a lot.

I learned about sorting my recyclables, about who waits in line and why. I never did learn how much money I’d earned for my trade-ins, but the value of human kindness – that, my friends, can be priceless.