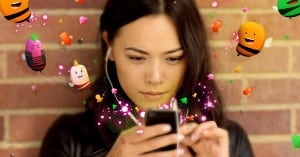 Scopely, a mobile game publishing startup, has raised $35 million in financing to produce new titles and invest further in building out the technology behind its games distribution network, the company said on Thursday.

According to Reuters, the Culver City based startup, which was founded in 2011, has delivered a handful of games such as “Mini Golf MatchUp,” which ranked among the top 5 games on Apple Inc’s app charts. Scopely makes its own games and also funds and publishes games made by other game studios.

“The new infusion will accelerate what we’re already doing and enable us to increase the velocity of development that we’re doing with a number of different studios,” Chief Executive Walter Driver said in an interview.

“We’ll be able to compete with the larger companies in the interactive entertainment space that have significantly more capital than we have.”

Scopely doubled its revenue in the last six months after growing more than 300 percent last year over 2012, Driver said without providing specific details.