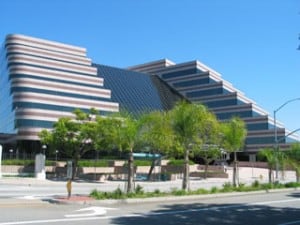 Sony Corp.’s Sony Pictures Entertainment is laying off about 216 employees in California, it said in a regulatory filing.

The job cuts are part of a previously announced effort by the studio, based in Culver City, Calif., to find $350 million in annual savings. According to the Wall Street Journal, Sony Pictures had about 6,500 employees world-wide.

The California layoffs represent the bulk of those planned under the cost-cutting exercise, said a person with knowledge of the plans.

The job cuts were disclosed in a notice sent to the California Employment Development Department as part of Sony’s requirements under the Worker Adjustment and Retraining Notification Act.

The layoffs included the elimination of Sony’s interactive marketing division, where nearly half the cuts hit.

Explaining the need for the cost savings in November, Sony Pictures Chief Executive Michael Lynton cited the studio’s shifting investment from movies to television, along with a brutal summer that included two high profile flops and activist shareholder Daniel Loeb criticizing the studio for overspending.