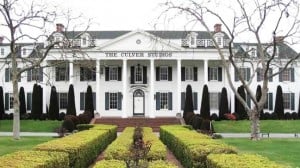 Culver City’s Culver Studios, where many film classics (ET, Gone with the Wind) were shot, will definitely not become be turned into condos or anything crazy like that, announced new owners Hackman Capital in a press release. According to CurbedLA they “are committed to maintaining the storied history of The Culver Studios and will continue to operate this distinctive property as studio space and media campus … while advancing the property into a best-in-class, top independent studio in Los Angeles.”