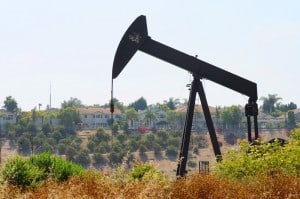 The Los Angeles area has numerous oil fields located nearby residential areas. Oil companies want to use fracking to extract as much oil as possible from these fields, exposing the public to 12 of the most dangerous air pollutants, known carcinogens, that harm the heart, liver, brain and respiratory and immune systems.

On February 28, 2014, the Los Angeles City Council took an important step towards ending this dangerous practice by agreeing to draft rules against fracking. However, we don’t yet know how strong a moratorium it will be, and many other cities and county lands in our area are still open to fracking.

You are invited to attend a round table discussion entitled “Is that a Fracking Well Next Door? The Movement to Stop Fracking in Los Angeles” on Thursday, March 13th in the Uruapan Room at Culver City’s Veterans Memorial Auditorium, 4117 Overland Avenue, Culver City.

This event is the regular meeting of the West Los Angeles Group of the Sierra Club. Announcements take place at 7pm, the round table discussion will start at 7:30pm and go for one hour.

Come educate yourself on fracking in Los Angeles & California from experts, and community leaders facing the industry head on, and how you can be a part of the movement to protect your family and community. Help pass the Los Angeles City Moratorium on Fracking, and support a statewide legislation, and put the pressure on Governor Brown.

The panel will feature:

David Haake will serve as the moderator and after a round of introductions, and will be asking the panelists to address the following issues:
1. Define fracking in terms that anyone can understand in 30 seconds or less.
2. What are the potential hazards of fracking to public health, environment, safety, etc.
3. Update on efforts to stop fracking on the local, state, and national levels.
4. What the average person can do to get involved and make a difference.