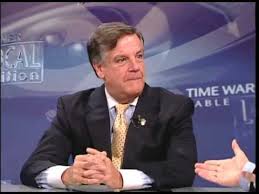 Councilman Jim Clarke has announced his campaign kick-off for re-election in April 2014. The event will be on Sunday, December 1st from 2 to 4 p.m. at the home of Mike Cohen, 4378 Jasmine Avenue, Culver City. Jim won a seat on the council in 2012 when, for the first time, voters elected four candidates to the City Council. Since he filled the unexpired term of a councilmember who resigned his position, Jim is up for election again after only two years. The theme for his last campaign was “Listening to your concerns, responding to your needs.” For the 2014 campaign the theme is “following through.” Over the past two years Jim has been a visible presence in our community. He has met with neighborhoods and individual residents to hear and observe their concerns and then worked to solve their problems. He has been a homeowner since 1977 and has witnessed the many changes in the city. One of Jim’s major goals while on the Council is maintaining the integrity of our neighborhoods, which makes Culver City a desirable place to live.
Jim is looking forward to seeing you at the kick-off and appreciates your support for his re-election in 2014. For more information on the candidate email [email protected] or go to www.clarke4council2014.com . Join us on facebook-Clarke4Council2014, and on Twitter @Clarke4Council.