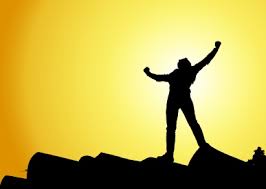 In my family, we all struggle to be motivated to accomplish things that we don’t find “interesting.” This is a common struggle with people on the spectrum, including ADHD. We are able to sustain motivation for a small amount of time, and then we lose it. We are however, very motivated by anything that interests us. We can sustain motivation and become highly competent.

My son struggles with writing. It’s something that he’s never felt very good about. It started when his writing grip was labeled a “five-finger grasp” and still many years later, he still doesn’t think he can write well. When he has an essay due, even though he has the option of typing it, the trauma of those early years, feeling comfortable and incompetent linger within him.

My son is an amazing thinker. Since he was very small, he has always had worldly thoughts about things far beyond his familiar world. He actually has something to say if he could just figure out the trick of how to write it.

I suffered with writing incompetency much of my life as well. I really didn’t learn to write until my 30’s. I had many thoughts, but I struggled to express them in a grammatically correct way.

Writing an essay is a type of pattern. Since my son feels very competent in math, I’ve been showing him the puzzles and patterns of writing essays. I’m using repetition to show him that if he can just figure out a question or thesis, follow the pattern, he can indeed write!

As I point out the similarities of essay writing, my hope is that his feeling of competency grows. I have learned something important about myself observing my children. If I feel like I am able to do a task, my motivation to try is higher. Does that sound obvious? Perhaps.

But what about other things like exercising or losing weight? If you have started and tried multiple times, your motivation begins high but somewhere it starts to wane. Is it because the feeling of competency, the feeling of being able to complete a task eludes you? How many times do we give up on our goal when it seems to take too long? How does immediate gratification get in the way?

If we really connected with our inner strength and our ability, can we connect with the motivation to sustain as well? If we could find a pattern, the puzzle, then could we decode it and relax as we continue to work on a goal? For example, let’s say that you lose an average of 1 pound a week eating “X” amount of calories, doing “X” amount of exercise. Then if you started tracking, would you then be able to determine that if you did less then “X” one week, that your result would be less? If you did more “X” one week, then perhaps the result would be more? If you were to notice that your body didn’t show results in one week, but instead took a month to show a result, could you look at your success as a month by month achievement? Would that in fact boost your feeling of competency and then even your motivation? Are your “factors” correct? Are you analyzing the correct data? Do you have all the data? Are you accurately tracking the information?

Everyone I know who has run a marathon, works with a training schedule. They don’t expect to be able to run the length of a marathon the first month. They expect to see improvement following the guidelines, but they don’t expect achievement right away. They know logically that if they stick with the pattern described, the body will show results. They also know that if they miss a week, they can’t just pick up where they left off, instead they have to go backwards and make adjustments.

We have short attention spans and memories when it comes to working on difficult projects. If we have a schedule, say 8 semesters to achieve a goal, then we can see where we are half way there. But if we have to determine our own schedule and if we don’t put into those schedules the factors that make up our challenges, then we can’t accurately reflect the data and our results.

I would offer that Motivation and Competency are in real trouble in today’s world. We aren’t teaching delayed gratification. In fact delayed gratification is almost seen as a weakness of character as if you don’t achieve fast enough, then something is wrong within your character. But I offer that the 10,000 hour rule (Malcolm Gladwell-Outliers) might glean us some patience. If we can be patient with our practices, whatever we want our outcome to be, we can learn to feel competent and thus stay motivated.