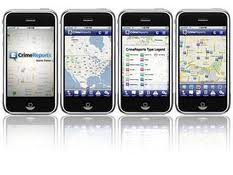 There’s been a fixture in the local news for many, many years, and a shift in the wind has caused it to end. The Police Blotter is over, and I say hurrah. If you want the crime info, it’s time to go tech. CCPD is now using Nixle, (which is a service much like Twitter) and if you are interested in receiving messages from the Culver City Police Department, text CCPD to 888777. The rest of us get to opt out.

Every Wednesday, the blotter would run online, and on Thursdays you could make a pretty safe bet it would be in all the papers. It was always a short list of very low-key crimes pulled from the desk reports and vetted to exclude any kind of information that would expose the reporting party. Car scratched, purse snatched, mostly misdemeanor kind of bummers that might ruin your day, but wouldn’t really change your life.

In my eyes, the problem with the blotter was two-fold. It left us with the impression that that was all the crime we had in Culver City, nothing a band-aid couldn’t resolve. Secondly, it was kind of odd and boring to consider this to be news. People are that hungry for dirt? Why publish the blotter?

People loved it; keeping with the pretty facade that we live in Mayberry might be part of it. If the worst crime we reported on all week was a retail robbery where no one was hurt, that’s not bad. Reading the blotter would make you feel even better about Culver City. The blotter gave us just enough info not to ask for more.

But when I had a prowler in my yard, and called the cops, I get several hours of helicopters, dogs, and guys running around the back of my house with guns drawn. When I found the footprints on my collapsed composter the next day, I was very glad that I called the cops and delighted that they came so quickly. But there was no mention of this in the blotter.

I had thought it was a pretty easy candidate for the blotter, just the sort of something-almost-bad-almost -happened thing that keeps us secure in the belief we are safe. Knowing that I am the press, I’m sure they realized I was going to write about it. So, they could have used that, but they didn’t.

Which leads to the second thing, the real problem with the blotter. It was not a report on what the police were really dealing with in regards to local crime. Anytime I drop in on the cop shop, whether it’s for a press conference or I’m locked in the downstairs parking garage at city hall again, there is someone at the desk telling a tale of actual crime. The “I need a restraining order” or “My neighbor is shooting at me” kind of story. Using that info, which I happened to have just because I was in the front lobby of the station when someone else was filling out a report, would be an ethical violation. Sadly, it would also be just the kind of thing to get a few hundred hits in an hour.

Why do we crave bad news? What is it about us as people that we slow down to rubberneck the car crash, that we turn up the volume when they talk about the fatalities, that we are glued to the screen for more dirt? Does it make us feel better – hey, I’m so thankful that didn’t happen to me – or does it make us feel worse – oh those poor people stuck in that mess? What’s your guess?

I’m very glad to retire the blotter. When you consider the title, it’s been around since blotter paper; they used to use that with fountain pens. A fountain pen is probably what Harry Culver used to sign the paperwork on the creation of the city.

I’m sure that the old-style papers will still run the blotter, as long as the PD wants to put it out. But if you want the true crime, you can get it on your smartphone. Not craving a head full of criminal activity? Opt out.