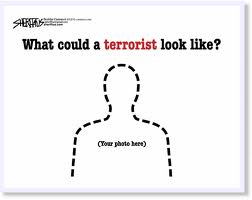 Over the years, it’s become a joke;  “If (fill in the blank) then the terrorists win.”

It’s been quite the contest lately, and there are days when it certainly feels like the terrorists have the edge. Kindergarteners in Connecticut slaughtered, rape and murder in India, and a renegade ex-cop in Los Angeles assassinating the family members of those he felt wronged him.

In my perspective, the terrorists are not just Al Queda or the Taliban (although how any organization that bans music has any members at all is amazing to me,) but all the hate mongers, the shooters and the rapists and the pedophile priests. The NRA. The Westboro Baptist Church. If someone’s actions are designed to cause terror, that defines them as a terrorist.

Dorner was on the verge. His last stand was less than a mile from one of my favorite retreats – my church camp. If I can’t go to the mountains and have a good time, then the terrorists are winning.

I was not unsympathetic to Dorner at first. The idea that this man had been bullied out of his job by racists was one that I could understand; these things do happen. But to decide someone else needs to die because you are unhappy – nope, sorry, you are a terrorist.

We practice our fire drill at the start of every camp  and with darn good reason; we are at almost 7,000 feet, surrounded by sugar pines. When it’s hot, the fire hazard is so high, we don’t even light a campfire. Car keys must be on your person at all times in case of evacuation. This past weekend our camp directors added on a new drill. “If you hear this signal, take the kids and scatter into the woods.” My heart sank. More terror.

It’s a good procedure, and having a procedure in place for a possible problem can help with peace of mind.  It includes the length of time to wait, the meeting place to re-convene. It’s just the fact that we have to have another threat to be aware of could be so depressing, it could take a lot of the juicy joy out of being at camp.

It could, if I allowed it to.

Speaking to the resident staff about the Dorner, they admitted it was frightening, but not frightening enough to make them think about leaving. “This is a very close knit community,” offered one staffer, “we are always here to take care of each other, and if it’s weather or food or whatever, we know we have friends to count on.” Another added in that while the buzzing helicopters and all the news trucks were daunting, “you folks probably have to see that in your neighborhood twice a week. Up here, it’s a once-in-a-blue moon kinda thing.”

So we had our weekend and it was fun. The snowball fights and the sled run, sharing hot chocolate with friends and playing Pirate Fluxx in the lodge. It was still our warm and loving camp, even with the sad, burnt cabin just down the hill. As we drove home, past the thicket of yellow crime scene tape on the trees, I was thinking that I’d put terror behind me for the moment.

Then I walked into my house to find that someone had been in while I was out.

Not a burglary, nothing taken. Just a little “notice that your privacy has been violated.” The Girl Scout cookie money, most of it cash,  would have been easy to swipe and that was still sitting on the piano. The few things that we own that might have been lifted – small electronic stuff – were left. The only thing this person wanted to steal was my peace of mind.

I assume it’s the same wannabe terrorist who got into my car a few weeks ago. Again, not to steal my car, although it would have been simple to do that. Just to let me know that they can get in if they want. It’s not hard to pick a lock in the dark, all it takes is practice, a certain set of skills.

I can only imagine it’s someone with a grudge against me who can’t bring themselves to send a long healthy hate mail. Or it’s someone who thinks they can’t talk to me because I will write about it. (too late -)  I very much doubt it’s the career criminals; ‘three strikes’ is probably not on their list of fun things to do. Just someone who wants my attention, and here I’ve been too busy teaching yoga and helping my kids with their homework to remember I’m supposed to be terrified.

Am I terrified ? No, therefore foiling the whole plot.

Because if you are terrified, then the terrorists win. It has no relation to the amount of damage inflicted through gunfire or rape or theft. I know people who have lived in war zones who get on with their lives and enjoy every moment. I know people who were once in a car accident, and every lane change has them breaking out in a cold sweat. As a very wise man once said, the only thing we have to fear is fear itself. I can’t control someone else’s actions but I do have control over how I react.

In the deeper part of the darkness there is the truth that people behave as terrorists because they themselves are scared witless. There is, somewhere, a soldier of the Taliban secretly humming to himself, ashamed and embarrassed by his behavior towards women (because he loves his mother and he is proud of his sisters,)  but too frightened of the other Taliban around him to be different. There is (you just know that there is) a member of the Westboro Baptist Church so completely in the closet he cannot ever admit that he is one of those homosexuals he spends his time screaming at about condemnation and hellfire.

The terrorists ? They are the truly terrified.

When someone is afraid, what they need is compassion. When they are scorned for their fear, then they are afraid AND ashamed of being afraid, and that’s a corner most of us cannot get out of without help.

The Zen master Ryokan told a story about a thief who broke into his austere little house only to find there was nothing to steal. Ryokan, in the ultimate act of generosity, gave the thief his clothing so he would not have to leave empty handed. The monk then sat naked in the moonlight, and sighed in pity that he could not give the thief the beautiful moon.

Whoever is trying to steal my peace of mind cannot take that from me. You are absolutely welcome to the peace of your own mind. But understand that I am not a Zen monk, and I cannot allow you to invade my space. If you are considering doing this again, I have my own procedure in place with the police.

Terrorists can win by allowing themselves to give up the fear crusade, stop insisting that other people are the root of your own troubles and stop screaming. Then, we all win.