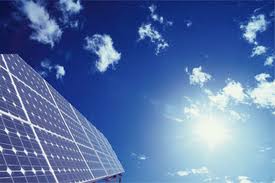 At the March 13 meeting of the Culver City School Board, the board unanimously approved solar consultant Clyde Murley as the guiding light to get the process completed, and get solar power in place at the school complex.

“We have a year and half to complete the system, and we are in a place to do that,” Murley offered in a power point presentation. “Prices have come down a lot in the last year, an with the increased competition in the field, the advantage is on our side.”

When solar power stalled out last year owing to finances and other frustrations, many in the district thought that the moment had passed. However, the continuing global economic shift that has China dumping solar panels for less than cost, and Germany pacing their solar power projects more slowly may mean sunny success for Culver City.

Last year, none of the vendors evaluated could do the hoped-for project within budget. Now, all three vendors- Solar City, Borrego Solar and Sun Power – are promising to do even more than was originally planned, for less than was projected.

All 3 vendors can now meet the cap of $3.8 million, with improved statistics on how much power can be generated, and how long the panels will last. With the added design benefit of possibly using the solar panels as shading over the stadium bleachers, Culver High could be a trend setter on how to solarize a school.

The prize at the finish line will be moving funds from “Capital Improvements” to “General Fund” and this looks to be the best news yet. According to Murley’s projections, “in the 1st year, the district will realize about $400,000, in 5 years, it will be $2 million, in 25 years, from $8 to $12 million, and in 30 years, from $10 to $16 million.” While conceding that it was impossible to project what electricity would cost in 25 years, Murley held that an even bigger financial benefit was possible.

March 27 will be the meeting to choose the solar vendor, and construction is planned to begin in summer.
Murley was obviously pleased to note “Only 10 months ago , we could not get the proposal that we wanted, and the savings were not impressive. Now, with lower costs and heightened performance, we can have a better system for less money.”