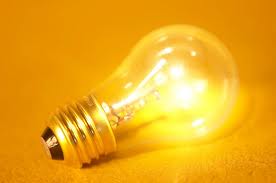 It pays to have friends in high places. Executives of banks that were bailed out by the Federal Government gave themselves bonuses as a reward for their mismanagement.

No parking permit should have meant an instant ticket. The “Event Operator” allegedly delivered parking permits to the entire Downtown Neighborhood. My block and others never received any.

After the Car Show the Police said the 32 City Engineer approved signs had no legal weight. No one who ignored the signs and parked in the residential area and walked to the Car Show was ticketed. This year’s conditions of approval for the Car Show was going to require that the promoter sign an affidavit after the residential parking permits had been delivered and where they went. They didn’t want to be accountable so they called their friends in high places.

Monday night’s agenda included an item that would eliminate “Special Parking Enforcement on the Day of the Annual Car Show Downtown”. Last year only ONE ticket was written when over 50 cars were parked without permits.

Council Member Weissman said, “”We have two choices… abate parking enforcement for the day of the Car Show and just leave it a free for all Downtown or we enforce”.

All conditions of approval related to neighborhood parking were removed. No resident only signs. No parking passes. Even with those gifts to the “Event Operator” by the City Council, they are still in violation of 3 of the conditions of their permit for the Car Show. With two former board members of Car Show “Event Operator” and one former President of Downtown Business Association on the City Council, it was no surprise. It pays to have friends in high places.

Dear Editor: I am the proud parent of a 7th grader at Culver City Middle School. I have lived in Culver City for over 30 years and have voted in many School Board elections. I …[READ MORE]

Dear Editor: I am strongly supporting Jeff Cooper for City Council for many reasons. Jeff is a person who does what he says. He is also a good listener who follows through and takes action. …[READ MORE]