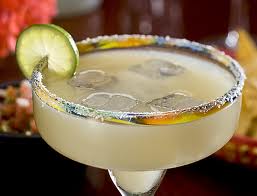 May 5 is just around the corner.

Cinco de Mayo in Spanish. If you’ve lived in California for any length of time, the phrase Cinco de Mayo conjures up festive red, green and white decorations; music ranging from Mariachis to Cafe Tecuba, banda to Luis Martin and Alejandra Guzman — and beer. Wonderful guacamole and salsa made fresh from the avocados, tomatoes, onions, chiles and cilanto available from the Culver City Farmers Markets served with chips, – and cooling agua frescas. Tamales – did you know that the Corn Maiden stand at the Tuesday market and the Gourmet Tamales stand at the Saturday market both sell frozen tamales as well as warm ready-to-eat tamales and salsa? Tacos, too, – and tequila … margaritas, anyone?

Ask anyone local student about Cinco de Mayo, and you’ll hear the story of how France’s Napoleon III sent troops to occupy Mexico in the aftermath of the Mexican-American war, the Mexican civil war and the 1860 Reform War. On May 5, 1862, the poorly equipped Mexican troops at Puebla were outnumbered 2-1 but decisively defeated the French army at the battle. News of this victory over the best army in the world boosted the morale of Mexicans throughout North America. When the news reached California’s Gold Country, Mexican miners spontaneously started singing patriotic songs, making speeches and shooting rifles and fireworks into the air. With the American Civil War raging and Mexicans battling to prevent French occupation, freedom from oppression was in the air throughout California. The impromptu celebration on the slopes of the Sierra led to the tradition of Cinco de Mayo celebrations here in the states.

Famous as it was, that battle was not the only significant event in Mexican and California history to occur on May 5. This coming Friday will mark the 210th birthday of the last Mexican governor to serve in “Alta California” before California became a territory of the United States: Pio Pico. The name Pico should be familiar to anyone living in Los Angeles County. Pico Boulevard, the city of Pico Rivera, and several local schools were named after him. Several historic landmarks from Pico’s life are open to visitors. Pico was born at the San Gabriel Mission. There’s also the restored Pico House, a luxury hotel built in 1870 near the Plaza at Olvera Street., and the last home Pico built, “El Ranchito.” El Ranchito was purchased in the early 1900’s by the newly incorporated city of Whittier, and is now part of the California State Park system.

This coming Friday afternoon, you can join staff, volunteers and California history buffs at the Pio Pico State Historic Park’s Casa Abrieta (open house) from 1 to 3:30 p.m. The free celebration includes birthday cake, refreshments, and a chance to mingle and learn about our most famous “Californio” (people of Mexican ancestry born in Alta California before California became part of the United States).

Can’t make it over to Whittier for the celebration? You can still honor Pico and our Mexican heritage by serving “Californio” food at your Cinco de Mayo celebration. Dried beef and rice soup is an authentic dish made the traditional way. In the days before refrigeration, dried beef was a staple. Luckily for us, we can substitute beef jerky instead of air drying fresh beef.

The first step in making this soup is to soften and shred the beef. Heating the jerky in a 400 degree oven for a few minutes, or on the stove top in a non-stick skillet, will soften it. Back in the days of the California rancheros there were no food processors. People would grind the softened beef in a metate (mortar). You can speed this process up considerably by starting out with a couple of 30 second stints in a food processor before using the mortar to grind the meat into fine shreds. Next, heat the oil in the bottom of a large pot, add the rice, tomato, chile, and onion, and saute until softened. Season with salt and pepper. Add the shredded meat and a quart of boiling water. Cover, and simmer until the rice is done, about 15-20 minutes. (Recipe adopted from Mark Preston via Steve Mehallo’s blog.)

Don’t have the time to grind dried beef in a mortar? Try this easy-peasy recipe featuring Spanish chorizo, shrimp and rice.

The chorizo called for in this recipe is the dried, smoked Spanish chorizo, not the fresh Mexican style. If you can’t find Spanish chorizo, you can substitute Portugese linguica. If you don’t mind a spicier dish, you could substitute cooked Mexican chorizo, which is made with red pepper instead of paprika.

Stir in the sliced chorizo and the chicken broth. Bring to a boil, then cover and reduce the heat to low. Simmer about 15 minutes, until the rice is tender but not quite done. Add the shrimp, stir, and cover the pan. If using precooked shrimp, cook until well-heated. If using raw shrimp, cook until they are opaque and pink. Remove from heat, garnish with cilantro or parsley and serve immediately. (Adopted from a 2001 Los Angeles Times recipe.)

The coolness we experienced this past summer has been a mixed blessing to local farmers and farmers market customers. As home gardeners can attest, zucchini plants were less productive than usual. We’ve had to wait …[READ MORE]

Where were you at 1:11 p.m. on 1/1/11? I was watching the reruns of the Rose Parade with friends. My health-conscious hostess’ spread was just the thing for those with New Years diet and health …[READ MORE]

I had a request for chicken soup recipes this week. Cold and flu season definitely seems to be with us now. Buy plenty of oranges and citrus as well as dark green and orange vegetables …[READ MORE]