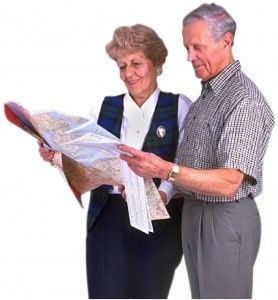 Editor’s note- This post is part of a series on the media that covers Culver City, and while it will focus on facts, there will also be subjective opinions and critique. The purpose of this series is to give our readers a chance to learn more about our local media, and to respond via comments to create more community dialogue. This is the concept of a Crossroads– objective and subjective, looking for feedback from all.

For a city of roughly 40,000 we have enough media coverage to qualify as perpetual harassment. There are three weekly newspapers that cover the same area; The Culver City News, The Culver City Observer, and The Wave (Culver City). We have three websites; The Front Page Online, Culver City Patch (AOL) and Culver City Crossroads.com (you are here). In addition, we have Culver Currents (both online and in print) offering news about the school district, and an ever-shifting number of Facebook pages, blogs and tweets. The LA Weekly does have its offices in Culver City, but since it does not currently have much local coverage beyond restaurant reviews, we can’t really consider it local news. We have more than enough. Theoretically, it should be impossible to order a sandwich without everyone in town knowing if you chose mustard or mayo.
I am constantly baffled by the folks who can’t tell one paper from another, or are surprised that we have local news online, so consider this to be a gentle education on local news. There are so many flavors available, I’m sure you can find one you like.

The media scene is shifting quickly, and while this past year may be remembered as the most carpeted media landscape we have ever had, the ongoing changes in news, publishing and media industry will touch most of these entities like a cold hand on the shoulder. What I want to point out here is that you, as the consumer, make the choice. If you like old media or new media, if you use all of these sources or only one, your input is what shapes the landscape.

The oldest news outlet in town is of course, the Culver City News. For good or ill, it can be considered the alma mater of much of the rest of the local media, with three former editors at other posts, including a former owner. (Full disclosure; for anyone who doesn’t already know, I was the editor of the CC News from Jan. 14, 2009 until Dec. 4, 2009.) The CC News was a daily until the 1950’s, and ceased to be an independent publication when it was purchased by Community Media Corporation. The CC News is part of a chain that includes many small weeklies, including the Gardena Valley News and the Linda Vista Star.

The current publisher, Leslie Belfor, has been with the paper since 2006, and has a weekly task that can be compared to squeezing blood out of a turnip. With a staff that could fit in a mini-van (with seats to spare) and a budget that couldn’t buy lunch at Tito’s Tacos, Belfor puts out a newspaper every week.

Why the company that owns the CC News does not invest more capital is mystery. The CC News has a built-in audience of people who have been readers for decades. In a town that has exploded with restaurants, the News is too cheap to even hire a real food writer. Or it may be that Community Media just does not come into town often enough to eat here.

The ongoing weight loss that all newspapers have suffered is particularly evident at the CC News, down from a 32 page paper loaded with ads in 2009 to it’s current average of 20 pages so light on advertising that usually half the “ads” are simply in–house filler. This is the story with many papers; as the advertising landscape changes, so does publishing.

Scott Bridges, the current editor, is the fifth person to fill the chair in three years. Depending on your age and your own media culture preferences, he can be described as the red shirt on the away team, or the new Dark Arts teacher at Hogwarts. Personally, I have nothing but empathy for Bridges, and my heart breaks for him. It’s a desk I wouldn’t wish on anyone. It’s a job that, at first, seems like a great game to play. But like most games, odds are stacked so heavily in favor of the house that you can never win. So, depending on what his favorite media metaphor might be, it’s time to recall that it’s about pushing the final frontier, or remember what drew you into the dark arts in the first place.

The CC News does have a small stable of regular writers that have their followings. Maryann Castronovo, the columnist who writes “Raising Mommy,” used to be a Culver City resident but now emails it in from another county, and does not publish her work anywhere else. Loyalty is her credo, and she has a substantial audience base.  Sandra Coopersmith is a stalwart fan of the human race, turning out features that focus on what great things go on in Culver City. Both have stayed with the News through time and tide, and the official count of 107 years accrues a high return on loyalties from both writers and readers.

No discussion of the CC News can leave out the investigative reporter, Gary Walker. Walker is also on staff at the Argonaut, the weekly Marina del Rey paper, and has years of journalistic experience. Despite the fact the Walker is the journalistic mainstay of the paper, his by-line does not appear every week; again, the company does not feel it worth the while to pay him. When Walker is on his game, he is as good as anyone in the field, and many important local news stories over the last decade are to his credit. However, when Walker has an axe to grind, you can hear the metal shaping, you can see the sparks fly. His animosity towards certain public figures ensures that they will never get fair treatment, and his favoritism of those who lobby him for preferential status is equally obvious. Only a handful of people in Culver City have Walker’s connections, his history or his ability. Only Walker has all three of these. What he does not have at the News is a company that values him for his skill.

The bottom line is, however, that like Belfor and Bridges, Walker is working for a newspaper that considers him to be nothing more than a cog in a machine, pays him an embarrassingly low wage, and squanders both is skills and his talents. Given even a decent budget to work with, these smart, hard-working people could put out a newspaper worth it’s salt, but that will not happen. Instead, Community Media will continue to pay factory wages to skilled labor until they grind the last of the machinery to halt. It will be a sad but memorable day in Culver City when it’s most venerable media closes up shop.
For now, it’s in your driveway every Thursday. If you don’t read it, just don’t run it over; newspapers are an endangered species.

Next in Loco Media – Observing the Observer…

Redevelopment On the Chopping Block

The City Council and Redevelopment meeting of Feb. 22 was historic, and while the state still has not yet legislated the end of redevelopment, Culver City has done all the housework to prepare for the …[READ MORE]

It used to come to your mailbox, but those days are over. Saving paper, being green and expanding access, the Winter 2011 Culver City Living Recreation Brochure went online today. Please visit www.culvercity.org/CulverCityLiving to view …[READ MORE]

Letter to the Editor- What and How

To the Editor and readers of Culver City Crossroads: Current economic realities in California and across the United States demonstrate that Culver City ’s struggles in local governance are commonplace at the moment, and Culver …[READ MORE]