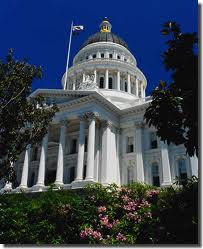 Sacramento Safari is an annual excursion that enables PTA members to learn about educational issues, how to be effective advocates, and, these days, how our kids and our schools are being affected by our state budget crisis.

In the course of our three-day trip we heard from PTA advocates, Deputy State Superintendents, Legislative Analysts, and many more— but we also learned from each other. We learned that due to budget cuts, many schools in California no longer have school nurses. One of our student delegates was talking with her roommates one day. They were asking each other about their favorite things at school. The other girls mentioned their various sports and our student told them about AVPA Theatre. One of the other girls turned to her and said, “You still have theatre?” Apparently many schools don’t.

Here in Culver City state budget cuts have resulted in personnel cuts, furlough days, larger class sizes, fewer janitorial services… and yet, in other districts, the results have been worse. In recent years California’s k-12 public schools have been cut by about 25% of state funding, and there had been many cuts before these deeper cuts began.

We learned in Sacramento that our state has an enormous budget deficit, and we have two basic choices in how to resolve it. The Governor has proposed a mix of tax extensions and budget cuts. If we do that, analysts project that we wouldn’t have to keep cutting every year, and that by 2016 the economy will have grown enough so that we could add money to public education again. (The notion that no money would be added until 2016 caused one student delegate to plaintively ask, “But what about us?” since as high school students, all of the student delegates would have long since graduated by then.) Putting the tax extension on the ballot requires a two thirds vote. In both the Assembly and the Senate that means getting the vote of every Democrat and two Republicans. So far the Republicans have been unwilling to support the move.

The second choice is to balance the budget through cuts alone. Since education comprises about 40% of the state budget, that would mean that education would have to take another big hit, perhaps 4 to 5 billion dollars. We were told that, at this point, every additional billion in cuts to k-12 education is equivalent to a week of school.

On Monday morning our delegation (plus 33rd District President Tom Horn, who is from Culver City) walked the halls of the Capitol knocking on doors. Our students explained how they have been affected by the cuts we’ve already had to education, and we asked the members to vote to put the tax extension (or ‘freeze’) on the June ballot. We spoke with people from more than 20 different offices, at least 16 of them Republicans. We usually spoke with staffers, rather than the Members themselves, and they usually listened, a few times opening up a dialog with us so that we could understand their positions.

Sacramento Safari was a great experience for all of us, but we have to shake our heads at what the State of California has been doing to our schools and to our children. California is decimating what had been one of the finest public school systems in the country. We’ve been cutting deeply into education, long the engine of California’s economy, and shortchanging both our children and our future.

Turning this around will take the will and the energy of millions of Californian’s working together. We went up to Sacramento to lobby to have the tax extension placed on the ballot. You can do it from home by contacting your representatives in Sacramento.

If you don’t live in Culver City, go to capitolmuseum.ca.gov, click on legislation, click to find your district by address and enter your address in the box to find your representatives. Let our state legislators know that our public schools must be our top priority, and that we must put the tax extensions on the ballot so that we can have the money to educate our children.

Bringing the Culver City council campaign to a close, Crossroads will be giving the candidates one more chance to sum up. Candidate Robert Zirgulis spoke with Crossroads on April 5 at 10:30 a.m. about his …[READ MORE]

The City Clerks’ office has notified us that there are 446 ballots in the council race STILL to be tallied. There are 354 votes-by-mail that came UPS or were delivered on Election Day- and 92 …[READ MORE]

So, you live in one of the coolest cities in the whole country, you know politics is important and you have just been too crazy busy to sit down and mark up your ballot. All …[READ MORE]