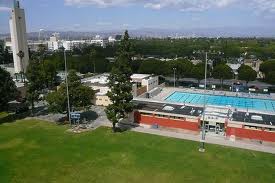 The City of Culver City has announced the appointment of Daniel Hernandez as its Parks, Recreation and Community Services (PRCS) Director. Mr. Hernandez will assume the director position on April 18.

Mr. Hernandez served most recently as the Director of Parks for the County of Santa Barbara. Under the direction of the County Executive Officer, he was responsible for the administration of the department’s 85 full-time employees, 7,850 acres of developed parks, the Cachuma Lake Recreational Area, area beaches, aquatics programs, open space areas, and the supervision of the Arts Commission. Under Mr. Hernandez’s leadership, the Santa Barbara County Parks Department served a population of approximately 400,000 residents with over 4.5 million visitors, annually. During his tenure, Mr. Hernandez increased departmental revenues and reduced expenditures, creating greater efficiencies for the operations of the department.

In addition, Mr. Hernandez’s distinguished resume includes serving as the Director of Parks, Recreation and Facilities for the City of Arroyo Grande, California; the Director of Youth Services for North Jeffco Park and Recreation District in Colorado; and the Community Services Manager for the City of Carpinteria, California.   Mr. Hernandez competed for this position as part of a nationwide recruitment which was a highly competitive process.  “I am pleased to welcome Dan to the position of PRCS Director. His leadership skills will be instrumental to the City team, as he oversees our high quality recreation programs, Veterans Memorial Complex, park facilities, and our regional Senior Center,” said City Manager John Nachbar.

Ready for some fun? Click your calendar for a fundraising night featuring live jazz music by The Chaille Percival Quartet and all the Great Food and Drink you love at Kay ‘N Dave’s Cantina. Money …[READ MORE]

This Will Be Snow Much Fun!

Saturday Jan. 9 from 10 a.m. to 3 p.m. there will be SNOW at Veterans Park. There will be a snow area for little ones to play in, and sled runs for the older kids. …[READ MORE]

Boneyard is Closed Until Further Notice

Due to a major water leak, the Culver City Dog Park, known as “The Boneyard” will be closed until further notice. The source of the leak is not  yet fixed, and a call to the …[READ MORE]