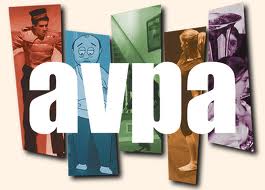 Culver City High School’s Academy of Visual and Performing Arts (AVPA) will present its annual Winter Music Concert, “Season’s Greetings,” on Friday, Dec. 10 at the Robert Frost Auditorium (4401 Elenda St.). Doors open at 6:30 p.m. with pre-concert entertainment by the Chamber Singers and Jazz Combos. The concert will begin at 7 p.m. Admission is a suggested donation of $5 and up, but no one will be turned away.

The ensembles featured on the concert include the Culver City High School Concert Band and Concert Choir, both directed by Dr. Tony Spano. The featured AVPA music ensembles include the String Ensemble, directed by Dr. Tania Fleischer, as well as the Chamber Singers and Jazz Combos, directed by Dr. Spano. Some of the highlights of the concert will include “A Charlie Brown Christmas” sung by the Chamber Singers, and the finale will be a medley of holiday favorites featuring all the musicians. The Chamber Singers will also perform a choir arrangement of “MLK,” a song written by Bono and U2 in commemoration of the life of Martin Luther King, Jr. The piece will also be performed at the Culver City MLK Day celebrations on Saturday, January 15.

The AVPA music program has performed at many events this fall. The Culver City High School Marching Band performed at the Santa Monica College Homecoming game and at the Farragut Fall Festival. The Chamber Singers performed at the tree-lighting events in downtown Culver City and at Veterans Memorial Auditorium. The Chamber Singers will also perform at Disney Concert Hall in April as part of the L.A. Master Chorale’s High School Honor Choir.

The music program at Culver City High School is funded by the generous support of donors, as well as through grants and fundraising. The music program will be doing gift-wrapping from 10 a.m. to 5:45 p.m. on Saturday and Sunday, December 11 and 12 at the Barnes & Noble store in Marina del Rey (13400 Maxella Ave.). Please come by and support our students!

One Night Only for AVPA Theatre “The Laramie Project”

If you missed last year’s sold-out run at the Sony Black Box, there is another chance to see the prize- winning Academy of Visual and Performing Arts production of “The Laramie Project” on Friday, Jan. …[READ MORE]

Dear Editor, “To students, the firing of Sheila Silver is not only nonsensical, but also outrageously offensive. Her work with us has evolved the Theatre department into a tight-knit yet welcoming family where people look …[READ MORE]