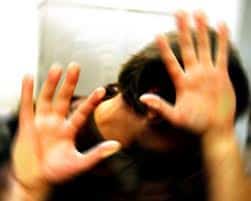 CCUSD’s Anti-Bullying Task Force will be holding its first event this year on Monday, Nov. 15, from 7 to 8:15 p.m. in the cafetorium at El Rincon Elementary. All parents of CCUSD students are encouraged to attend.

Topics to be discussed include the importance of encouraging bystanders to become involved when they see bullying taking place. Parents will also be encouraged to discuss any bullying events they are aware of. This is the first of several Task Force events planned this year.

This is the third year of the Anti-Bullying Task Force, which was created by the Board of Education in response to concerns about bullying brought forward by multiple groups of parents. The Task Force includes parents, students, teachers, administrators, and other school staff.

According to parent Co-Chair Hank Linderman, “This is the year that the Task Force reaches out to the greater CCUSD community, asking all to get involved in the important job of minimizing bullying in Culver City schools. Starting a conversation is the first step. We are looking forward to hearing from concerned parents at the Parent Forum.”

Got questions? The website for the school district is in the box below on the right side of this page. Click and go –

The Parent Forum will be moderated by Task Force Member Tom Horn. Other Task Force members will also be in attendance.

Going to School? Here’s What You Need…