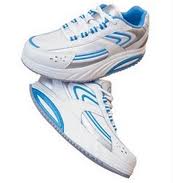 On October 20th, the Culver City Public Works Department was notified of an award of a $447,480 State Safe Routes to School competitive grant for Linwood Howe Elementary School. This grant, which will be matched with $49,720 from Culver City funds, will provide funding for bulb-outs/curb extensions, high-visibility crosswalks, curb ramps, bike racks, bike lanes, and bike routes at 13 locations along routes to this school.  Staff expects to receive authorization from Caltrans to expend funds in January 2011 and to complete construction by early 2012.

Walking to school has been proven to be a major factor in preventing childhood obesity and diabetes, and is essential to cutting down on both pollution and traffic in the areas around our schools. While the scheduled improvements will be welcome, don’t wait until they are in place to start walking to school.

Congratulations to Linwood E. Howe, and all those who helped to win the grant.

Every once in a while, there is a word that jumps into the foreground. For the last several weeks, “bullying” has been part of everyone’s vocabulary. While the CCUSD Anti-Bullying Task Force has taken steps …[READ MORE]

Senate Bill 957, legislation authored by Senator Curren D. Price Jr. (D-Los Angeles) passed out of the Legislature and now goes to the Governor for his signature. The bill gives priority in granting Cal Grant …[READ MORE]